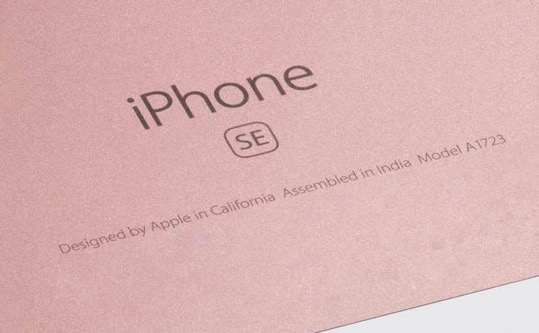 According to analysts John Donovan and Steve Mullane at BlueFin Research, Apple is planning to discontinue the iPhone SE later this year, MacRumors is reporting. The analysts believe Apple will stop selling the iPhone SE in September 2018 while announcing three new iPhones, including an all-new 6.1-inch budget iPhone X.

“It’s worth noting that Donovan and Mullane do not appear to cite any sources behind their prediction, so their guess is as good as anyones. We’ve reached out to the research firm for clarification, and we’ll update if we hear back.

The fate of the iPhone SE has become increasingly uncertain as time goes on, as the current model has not been updated since it was first released in March 2016.”

In the event Apple pulls the plug on the iPhone SE, which currently sells for $349 in the US, the iPhone 7 would become the company’s lowest priced iPhone, taking over the $449 price point currently held by the iPhone 6s, which is also expected to be discontinued later this year.

Two days after declaring ‘war’ on Apple, Tesla CEO and ‘Chief Twit’ of Twitter, Elon Musk has met with the iPhone maker’s CEO. In a video shared on Wednesday afternoon, Musk said “Thanks @tim_cook for taking me around Apple’s beautiful HQ,” referring to Apple Park in Cupertino. Musk didn’t elaborate on his meeting with Cook. […]
Gary Ng
41 mins ago