Earlier today, Reuters reported that iPhone 5 will come with a 19-pin connector port instead of the current 30-pin connector in order to make room for the headphone jack at bottom and now, following up on its original claim from earlier this year that Apple is looking to replace the current 30-pin dock connector with a new smaller version, iMore is now reporting through the same sources that Apple will also release an adapter for the next generation iPhone’s smaller connector that will let it work with many of the accessories designed for the old 30-pin dock connector. Apple has done this recently with the MagSafe to MagSafe 2 adapter and in past years with various display and network adapters. 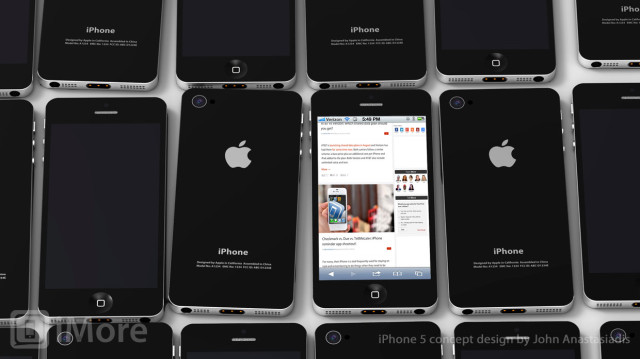 We haven’t heard if one will be included in the box along with the iPhone 5, or will only be sold separately, but either way, come October, you’ll be able to get a new-to-old Dock adapter from Apple. […] Of course, there will likely be some accessories that, due to the physical size or shape, are awkward or impossible to use with the Dock connector adapter, but anything that doesn’t require tight, flush contact should be okay.

The reasons for the new, smaller Dock connector remain the same as what we outlined back in February — Apple needs additional space inside the iPhone 5 casing to fit an LTE chipset and the battery to go with it. It’s the same reason they’re rumored to be going with the nano SIM, and perhaps an in-cell display as well. Every millimeter and milliamp matters.

The new, smaller Dock connector will most likely debut at the iPhone 5 event which is rumored to take place in October this year.