Apple started its fiscal 2015 with an incredibly strong quarter: a reported 74.5 million iPhones sold in just three months, between October and December 31 2014. Looking back to the full calendar 2014, Horace Dediu of Asymco notes that Apple surpassed his wildest forecast: he predicted 250 million iPhones for that year, but the actual number was 259.5 million.

That’s 9.5 million iPhones more than Dediu’s bold prediction. (If we consider an average price of $687 we get $6.5 billion more than Dediu ever dreamed of). Wall Street reacted immediately to the numbers and Apple’s stock price shot up — as of writing this article, it was trading at $122.

On top of this, Apple launched its mobile payment platform and is making preparations to launch the highly anticipated Apple Watch in April. This involves higher capital spending, visualized with the help of Dediu’s chart. 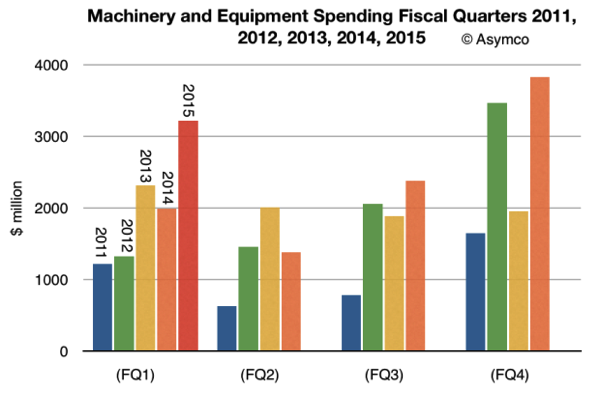 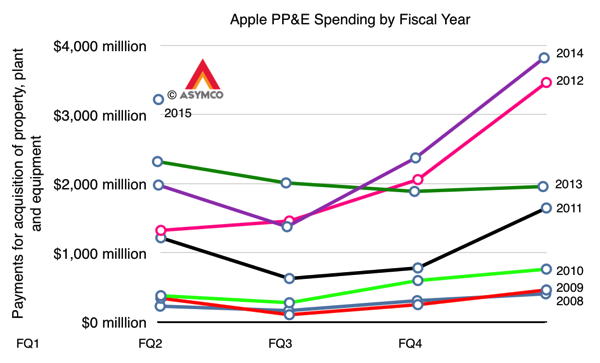 As you can see from the image above, Apple’s spending on machinery and equipment in fiscal Q4 2014 skyrocketed, and then dropped slightly in Q1 2015 to just over $3 billion. Horace Dediu is quick to point out the most plausible explanation: a new campus is being built, and the Watch is coming out.

Looking forward, the analysts say Apple is on track to ship between 310 and 320 million iDevices in calendar 2015.

How do some analysts react to Apple’s performance for calendar 2014? Well, while the majority of the analysts surveyed by Fortune’s Philip Elmer-DeWitt say it’s a stock investor’s ‘should buy’; there is one analyst who predicts Apple’s stock price will fall to $60. Who to believe? 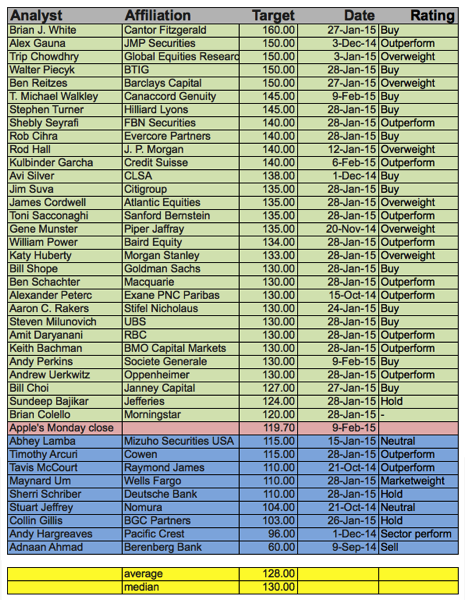