According to a new warning found in the latest version of Apple’s iOS, FaceTime may soon work over 3G.

When the FaceTime feature was originally released in 2010, the feature only worked over a Wi-Fi connection. At the time there were ongoing plans to bring FaceTime to 3G so that users can use their wireless carrier connection to go on FaceTime.

One of the biggest complaints about FaceTime is that it’s restricted to Wi-Fi use only, which does not make the feature as flexible when compared to a regular phone call.

As seen with this new error, if a FaceTime call is active over Wi-Fi on an iPhone running at least iOS 5.1 and the user turns off the ‘Enable 3G’ option in the settings, an error pops up warning users that “Disabling 3G may end FaceTime. Are you sure you want to disable 3G?” 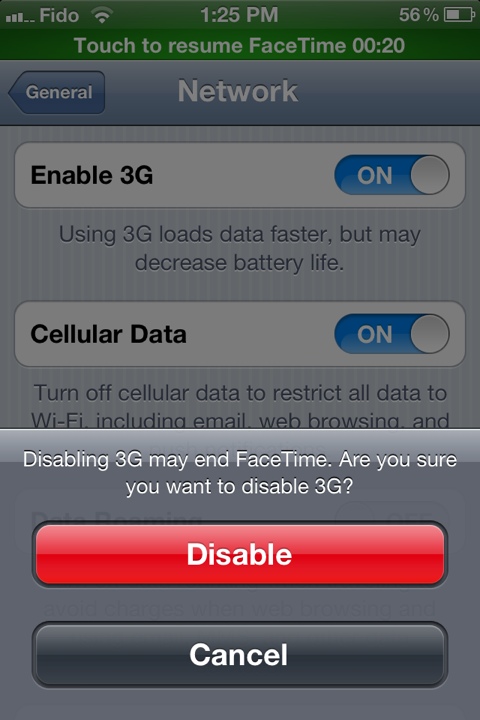