According to 9to5Mac‘s reliable sources, part numbers for some of the iPad 3 models and a new Apple TV have apparently been leaked. The source claims that 3 new models of the next gen. iPad will be unveiled by Apple on March 7th, codenamed J1, J2, and J2a, with the speculation being that J1 corresponds to a Wi-Fi only model while the J2 / J2a are the ones with cellular data chips. A J33 product (Apple TV’s codename) is also expected to be announced at the forth coming media event. 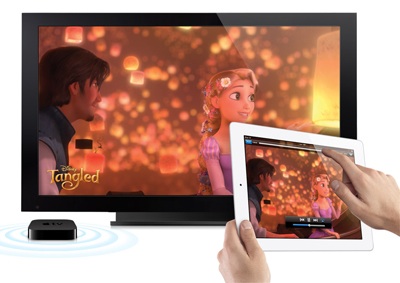 Apple will in fact launch at least three next-generation iPad variants in March. These sources backup our previous reports and say these new iPads are called J1, J2, and J2a internally. The J1 and J2 code names have long been tied to Retina Display iPad reports from Asia, so these code names add another layer of confirmation to new the iPad carrying a Retina Display. In our report on a number of next-generation iPad-related rumors, we noted that pre-sales would begin on March 7th (likely event day) or just a few days later.

Our ources have also said Apple is launching this J33 (the new Apple TV’s codename) alongside the new iPad.

The source further claims that iPad 3 shipments are already landing at ports of multiple countries around the world, so we can expect “near-immediate availability”. Here are the iPad 3 and Apple TV 3G leaked part numbers:

Interestingly, leaked part numbers are also showing a mystery B82 product launching alongside the new iPads and Apple TV. It is quite intriguing what that product is since the source calls it a “secret accessory”. Any ideas folks?