Apple Ranks First as ‘Most Intimate Brand’ Among Millennials: Study

According to MBLM’s Brand Intimacy 2018 Report preview, Apple has ranked in the top spot, with Disney and YouTube in third.

“We were surprised and pleased to see YouTube as an addition to the top three most intimate brands for millennials this year,” stated Mario Natarelli, managing partner, MBLM. “We believe its rise is due to our culture’s continued need for escape and the brand’s immediate, diverse content, personalities and growing offerings in movies and live TV. YouTube is clearly an established ritual in the lives of many millennials today.”

Last year’s 2017 study detailing ‘intimate’ brands for millennials saw Disney as first, followed by Amazon and Netflix in second and third place. This year sees Apple in first, while YouTube surges to the third spot. 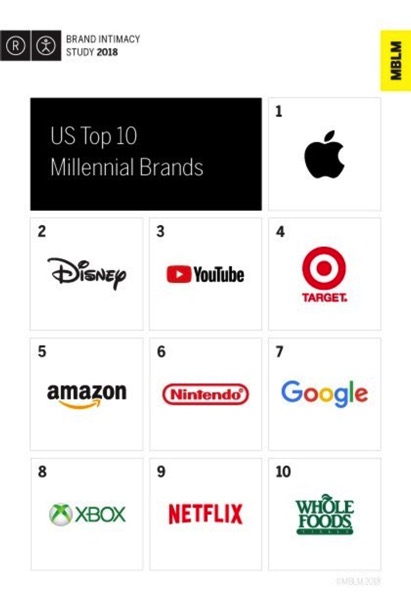 The report says it “contains the most comprehensive rankings of brands based on emotion, analyzing the responses of 6,000 consumers and 54,000 brand evaluations across 15 industries in the U.S., Mexico and UAE.”