Apple Tops 53% of US Market Share — Its Highest Ever

Apple reached its highest ever smartphone market share in the US, according to the latest smartphone sales data provided by Kantar Worldpanel ComTech (via BusinessInsider). 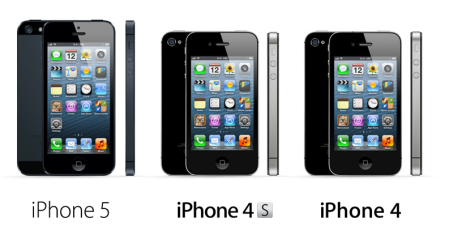 Dominic Sunnebo, global consumer insight director at Kantar Worldpanel ComTech, comments: “Apple has reached a major milestone in the US by passing the 50% share mark for the first time, with further gains expected to be made during December.” 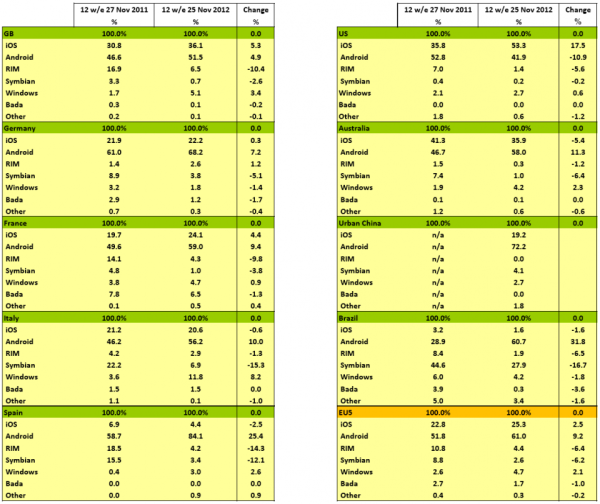 However, when looking at the European smartphone market, Apple doesn’t shine, or at least not like in the US. Over the same twelve-week period, Samsung maintained its No. 1 position in the market with a 44.3% share across Europe’s top five countries, leaving 25.3% for Apple, while HTC, Sony and Nokia are battling for third spot.

“Although Windows sales in the US remain subdued, Nokia is managing to claw back some of its share in Great Britain through keenly priced Lumia 800 and 610 prepay deals. The next period will prove crucial in revealing initial consumer reactions to the Nokia 920 and HTC Windows 8X devices,” said Sunnebo.