Apple leads the J.D. Power Wireless Smartphone Satisfaction Study of 2013, leaving strong competitors, such as Samsung, HTC, LG and Nokia behind. The Cupertino, Calif.-based company has continuously landed on top of J.D. Power’s biannual chart for the past five years.

For the first time, the study broke down the overall rankings by carrier. As J.D. Power points out, this was needed because of the primary reasons a future smartphone owner chooses a carrier, with some of them are opting for Sprint because of the phone’s features while others choose T-Mobile because of price.

As it turns out, Verizon iPhone users are the most satisfied among all Apple smartphone owners (861/1000), with Samsung following Apple closely (827/1000). AT&T iPhone owners were right behind with 856/1000. The overall ranking slightly changed at Sprint and T-Mobile where Apple took a strong second position. 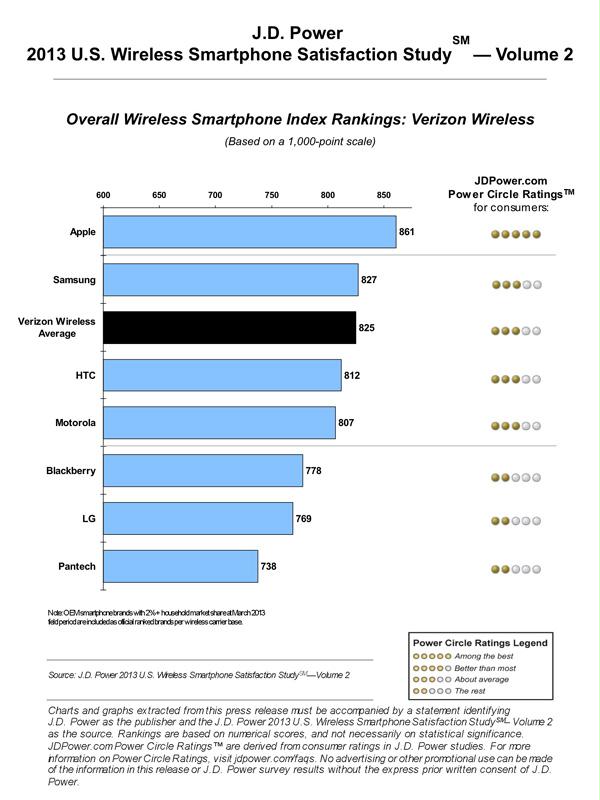 The second study was based on experiences evaluated by 16,421 smartphone customers who have owned their current smartphone device less than one year. The study was conducted between February and August 2013.

Apple is reportedly scrapping its initial plans to increase iPhone production this year due to lower-than-expected demand. Following the launch of its new flagship, the iPhone 14 series, Apple is now reconsidering the scaling of its production. As reported by Bloomberg, Apple has reached out to its supply chain partners. Initially, the Cupertino company is...
Steve Vegvari
33 mins ago