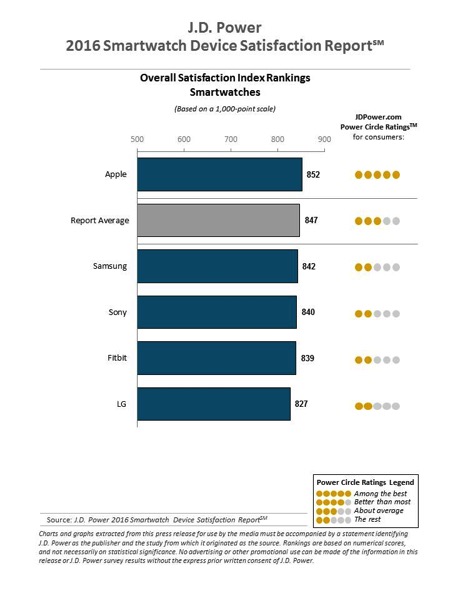 “Both the wearable fitness tracking device and smartwatch marketplaces are evolving as more and more brands are offering updated devices with new features and services,” said Kirk Parsons, senior director and telecom, media & technology practice leader at J.D. Power. “However, it is important that device manufacturers focus on offering a product that is reliable at a price that is perceived as good value based on its features. Those that do so early in the game may improve their opportunity to increase satisfaction, customer loyalty and repurchase intention.”

Below are the Smartwatches Brand Satisfaction Rankings for 2016: