As pointed out by MacRumors, Apple has grabbed the No.1 spot on Laptop Mag’s Tech Support Showdown list for the third year in a row. The list aimed at helping consumers see who has the most reliable and clear customer service in the tech industry, notes that the Cupertino tech giant has “the best tech support in the business”, that beats out nine other computer-making companies in the process. 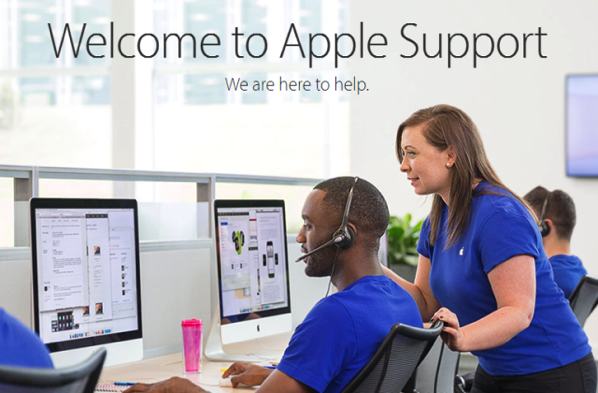 Each year, the publication sends its reporters undercover to make calls, query support chat online, and ask questions on social media, and accumulated data on the top ten notebook makers. Each of these manufacturers, which include Apple, Microsoft, Acer, Razer, Dell, Lenovo, HP, Asus, Samsung, and MSI, is given a grade on a 100-point scale, with 60 points weighed towards online support and 40 points towards phone support.

For Apple’s winning spot, the company received a 56 for its web support score and a 37 for its phone support score, resulting in an overall mark of 93 for the Cupertino company’s tech support in 2017.

Laptop Mag went more in-depth about its experience with Apple support in various forms, discussing a six minute response time from the @AppleSupport Twitter account and a positive, snappy experience with the new Apple Support iOS app. The site also put Apple to the test by calling three separate customer service reps to test their knowledge of the newest changes to macOS and the Touch Bar on the MacBook Pro.

On average, it took Apple’s reps 6 minutes per call to get answers — a minute less than its time last year.

You can view Laptop Mag’s full report on Apple’s customer service performance at this link.