Apple Trademark Filing Suggests “Night Shift” Could Make Its Way into the Mac, the Watch and CarPlay

Introduced with iOS 9.3, “Night Shift” is a feature that uses the device’s clock and geolocation to automatically determine it is sunset and then automatically shift the colours of the device’s display to the “warmer end of the spectrum”. It currently works with the iPhone 5s or later, iPad Pro, iPad Air, iPad mini 2 or later, and iPod Touch. A recent trademark filing submitted both in the US and Hong Kong suggests the feature will be available on Macs, CarPlay, and beyond, reports Patently Apple.

The filing was made under International Classification 009. While the US filing doesn’t quite suggest the above, the trademark filing for “Night Shift” submitted in China (under the same international class) offers greater detail, hinting that Apple is playing with the idea of bringing the feature to the Apple Watch, CarPlay, and Macs, plus other devices such as television monitors, all of which appear in the 009 category. 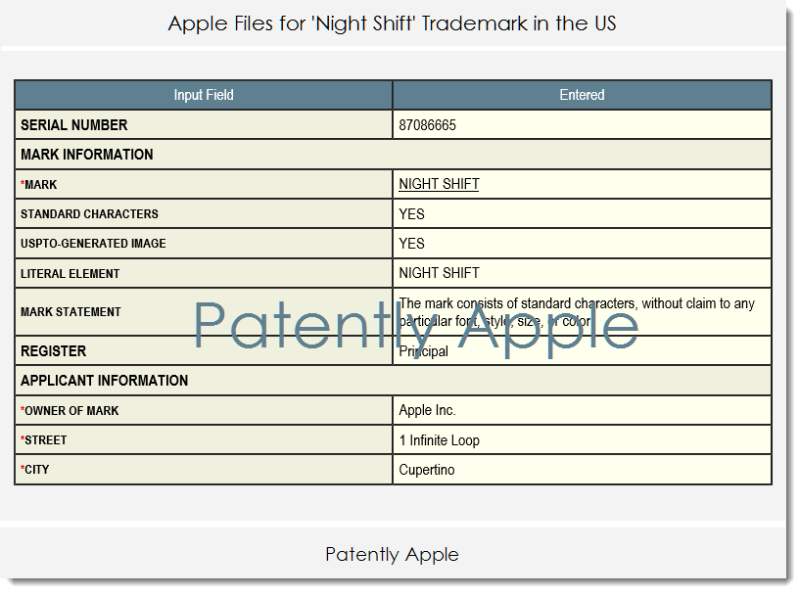 Apple’s Night Shift feature was introduced as a response to customer behaviour, many of whom use watch displays late at night, which can not only make it harder to fall asleep, but also reduce the quality of sleep and carry over into the following morning with reduced alertness, as noted by DisplayMate. Night Shift aims to ease that by shifting the display’s colours to the warmer end of the spectrum.