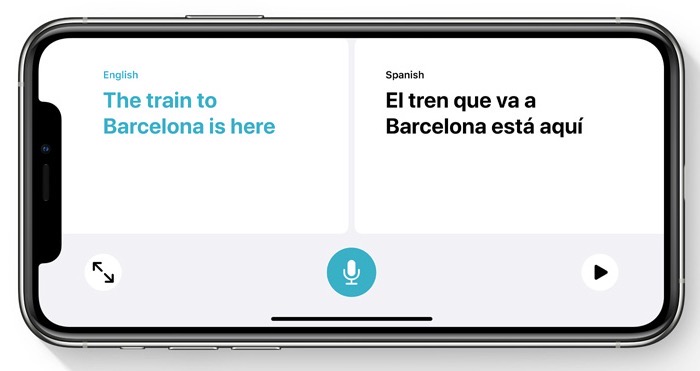 Apple today revealed an all-new app in iOS 14 called Translate, which it says is designed for conversations in 11 different languages:

The company says, “Conversations across languages should feel natural and easy, and should have the ability to remain private.”

The new Translate app has a Conversation mode when you turn your iPhone to landscape orientation. Once you tap the mic icon and say something, “Automatic language detection transcribes the original and translated text on the appropriate sides of the screen, followed by translated audio.” 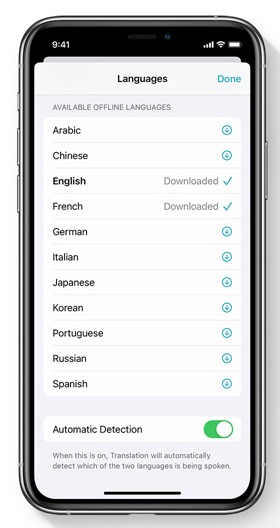 Apple says this all takes place with “advanced on-device machine learning” and the Apple Neural Engine for natural-sounding conversations. Languages can be downloaded and translations are private with on-device mode, which does not require a data connection. A very handy tool for when you’re travelling (which who knows will ever happen again).

Citing people familiar with the matter, a Bloomberg Law report is claiming that Hollywood super-agent Ari Emanuel has attempted to pave the way for a settlement between Elon Musk and Twitter in their $44 billion takeover deal. Sources said that Emanuel contacted Twitter board member Egon Durban and suggested the two sides find a solution...
Usman Qureshi
46 mins ago

Xplore, formerly known as Xplornet, has just announced the launch of its fibre broadband internet service in Quebec, with plans to be offered including download and upload speeds up to 1 Gbps and truly unlimited data. Xplore’s latest fibre-to-the-premise network expansion will connect approximately 6,000 homes and businesses in communities around Val-des-Sources, the MRC Papineau, and...
Usman Qureshi
60 mins ago