Apple Turns Back Time on Their App Subscription Policy 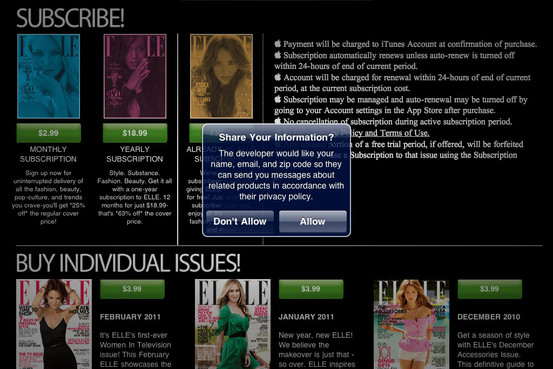 Apple’s previous in-app subscription policyÂ announced in FebruaryÂ irked a variety of publishers and caused a massive divide on the issue. The policy stated Apple would take a 30% cut of subscriptions and limit the ability of publishers to collect a user’s information. Publishers quickly rejected this policy, and now it appears Apple has relented, according to documents of policy changes.

11.13 Apps can read or play approved content (magazines, newspapers, books, audio, music, video) that is sold outside of the app, for which Apple will not receive any portion of the revenues, provided that the same content is also offered in the app using IAP at the same price or less than it is offered outside the app. This applies to both purchased content and subscriptions.Â

In other words, these change will allow subscription apps to continue, as long as no ‘Buy’ button exists within the app, and according to PaidContentÂ now publishers can set any price they want to cover Apple’s 30%Â cut of subscriptions.Â Previously, there was confusion as whether apps like Netflix would be able to meet Apple’s deadline for publishers to adhere to these new policies. Now, it’s a green light.

[via MacRumors, All Things D]