iOS internals expert, Jonathan Levin, has tweeted he has jailbroken the Apple TV 4 running tvOS 10.0, 10.0.1 and 10.1, noting a download for the jailbreak is “coming soon”, reports iDownloadBlog. 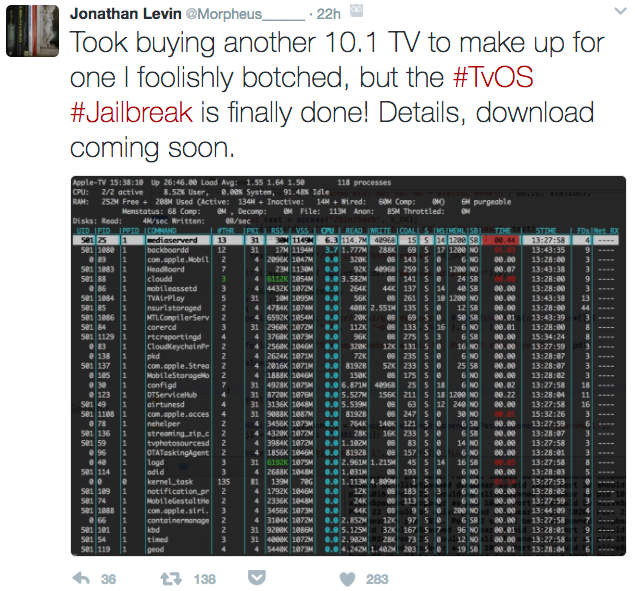 With a jailbreak for Apple TV 4, that could open up other possibilities for the device, with many hoping Cydia and other entertainment tweaks to become installed directly, instead of side loaded. But there’s no confirmation this is even possible, yet.

One issue here, is the jailbreak means it only works for those with Apple TV 4 units running iOS 10.0 or 10.1. Those with auto update on and are on a higher firmware, it’s no longer possible to downgrade, since Apple stopped signing tvOS 10.1 ages ago.

In partnership with Huish Outdoors, Apple has released the new Oceanic+ dive app for the Apple Watch Ultra, which the company has been highlighting as the closest thing to an ‘official’ Apple dive app. In a detailed hands-on review of the Apple Watch Ultra and the Oceanic+ app, the folks over at DC Rainmaker have...
Usman Qureshi
41 mins ago