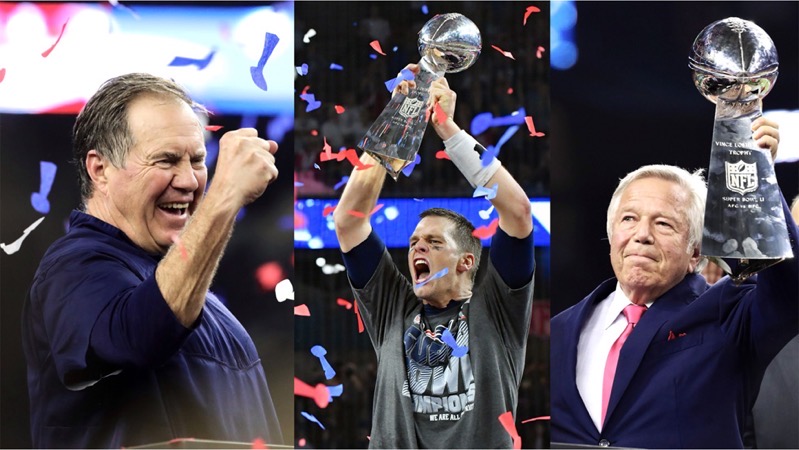 Apple has ordered a new docuseries called “The Dynasty,” which covers the NFL team, the New England Patriots, set to stream on Apple TV+.

Announced on Tuesday, “The Dynasty” will be a 10-part series based on the best-selling book by author Jeff Benedict, who had unprecedented access to the Patriots over a two-year span, covering the 20-year run of the Brady-Belichick-Kraft era at the organization.

The docuseries will be directed Emmy-nominated filmmaker Matthew Hamachek (“Tiger”), will show never-before-seen video footage and audio files from the Patriots organization’s archive, while also show footage from the 2021 season, plus have interviews with players, coaches and executives, along with league officials and rivals, from the “most dominant sports dynasty of the 21st century.”

“The Dynasty” will be produced by Imagine Documentaries in association with NFL Films. It will be executive produced by Brian Grazer, Ron Howard, Sara Bernstein, Justin Wilkes and Jenna Millman, along with Hamachek and Benedict. Miranda Johnson will serve as the co-executive producer.

Other unscripted sports documentaries coming soon to Apple TV+ include the Magic Johnson series, “They Call Me Magic”.