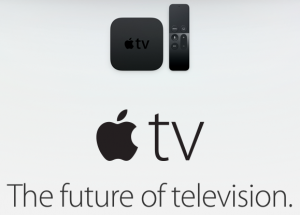 Sad news for users planning for a 4-8 player party game on the new Apple TV with their favourite bluetooth MFi controllers. According to TouchArcade, the new Apple TV can only connect to two external Bluetooth devices at one time, along with the included remote. This means users will only be able to play games with a maximum of three players at a time. The source notes that if you attempt to connect an additional controller, one automatically disconnects.

Now, it’s always possible that this is an oversight on Apple’s part, or something they can correct with a future software update, but it really sucks if it was an intentional limitation. I was vaguely placing some mental bets on party games likely being pretty big on the Apple TV, but that’s likely not going to be the case unless your idea of a party is inviting two other people over.

The source predicts that this could well be due to limitations with certain MFi controllers rather than the Apple TV itself. Furthermore, this may be a long-standing bug with MFi controllers and not being able to connect more than two of the same kind of controller to any iOS device, which would also potentially include the new Apple TV.

So far though, all of the developers who have received an Apple TV dev kit and are trying to connect all sorts of different types of MFi controllers, can only get two to stay connected at once.