While we expect the ‘iPhone 6s’ to debut at Apple’s September 9 special event, many are also keen on seeing if a new Apple TV will make its debut. We’ve heard reports claiming the next Apple TV is set to take over your home with its support for Bluetooth gaming controllers and possibly an App Store for apps.

Now, new evidence an App Store for the Apple TV is imminent comes in the form of Apple’s Developer Centre now listing ‘Apple TV’ under Devices, alongside the Apple Watch, iPad, iPhone and iPod touch, as spotted by MacQuebec (via iGen.fr).

Our own sources were able to confirm the category for Apple TV does show up right now within the developer portal, under the Certificates, Identifiers & Profiles section: 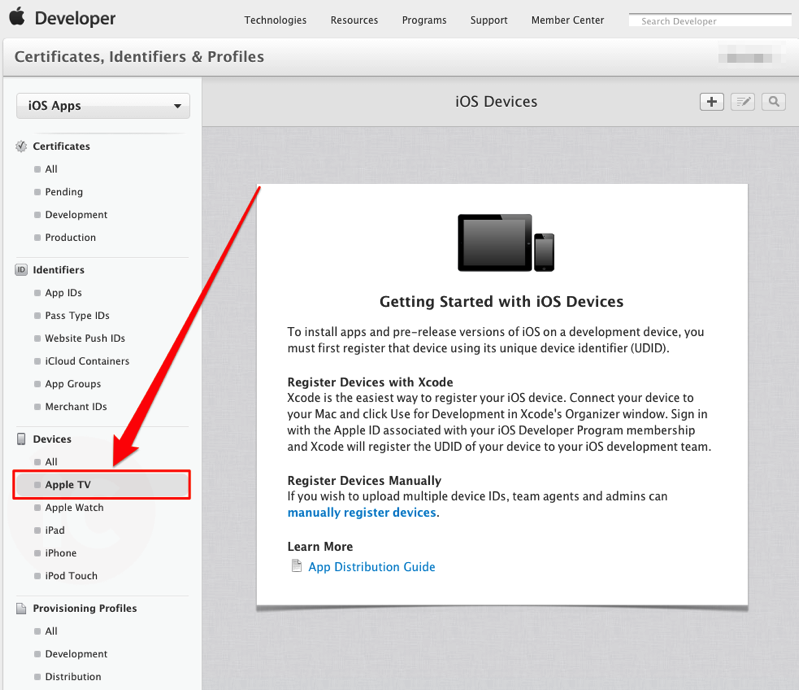 Developers–is this addition to the Devices list new and are you seeing it?

Does this mean we should expect an App Store, SDK and app for the upcoming Apple TV? It sure does look like. We’ll find out soon enough in just over one week’s time.