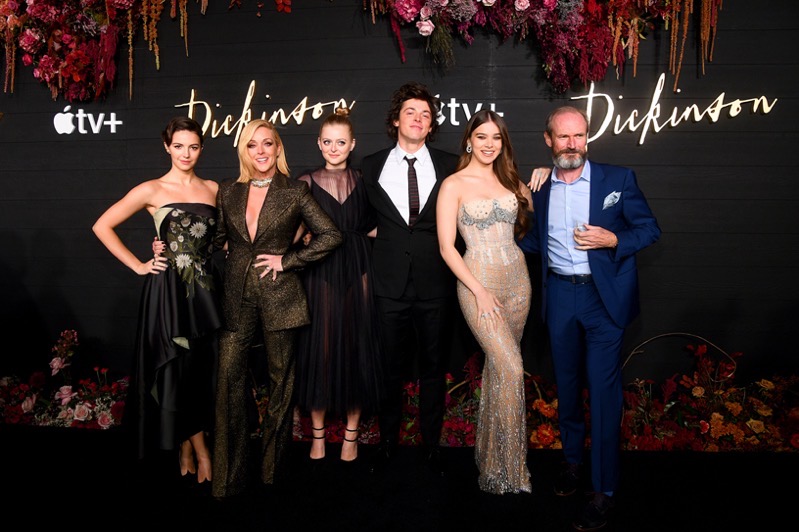 Earlier today, Apple shared a new trailer for its upcoming Apple TV+ comedy series, “Dickinson”. Tonight, the cast of the show celebrated the global premiere of the series, ahead of its debut next month on Apple TV+.

Apple shared pictures of the premiere in a new press release this evening:

Apple celebrated “Dickinson” today with its global premiere at St. Ann’s Warehouse in Brooklyn, New York. Coming exclusively to Apple TV+ on November 1, “Dickinson” is a half-hour comedy series that audaciously explores the constraints of society, gender and family from the perspective of rebellious young poet Emily Dickinson. Written and created by Alena Smith, the series is a coming-of-age story, set in the 19th century, that finds Emily to be the unexpected hero for our millennial generation.

“Dickinson” will air on November 1 on Apple TV+, with all 10 episodes of its first season available on day one.

The latest trailer can be seen below:

Apple TV+ will cost $5.99 CAD per month in Canada, or free for a year with select new Apple product purchases.