Ireland-based developer Steve Stroughton-Smith has been known to uncover new tidbits within iOS, but now he’s stumbled upon a hidden capability of tvOS on the new Apple TV: support for app folders, like we are all familiar with on the iPhone and iPad.

The developer explained on Twitter tvOS has “complete folder support inside”, adding it “Looks like it would work like iOS – drop an app on another app.” Also, the ability to name folders just like on iOS looks to be possible.

Check out the screenshots shared by Stroughton-Smith below, unearthed within tvOS 9.0 by “Abusing lldb” as he explains: 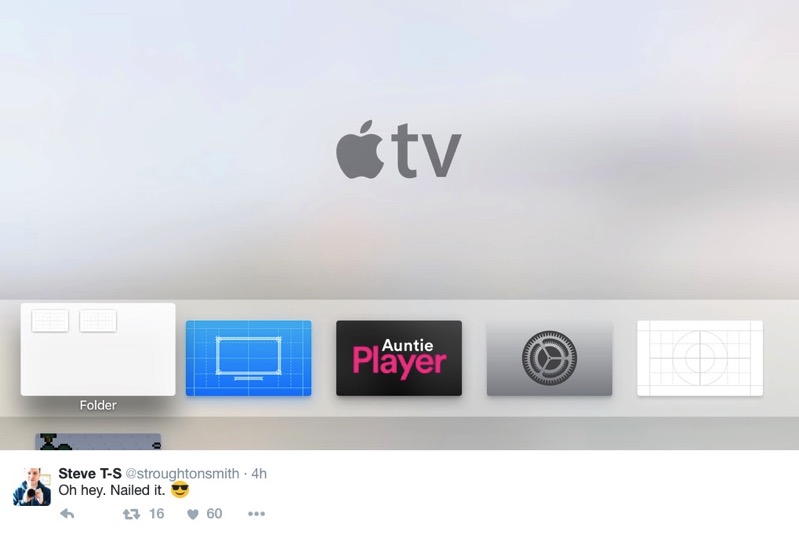 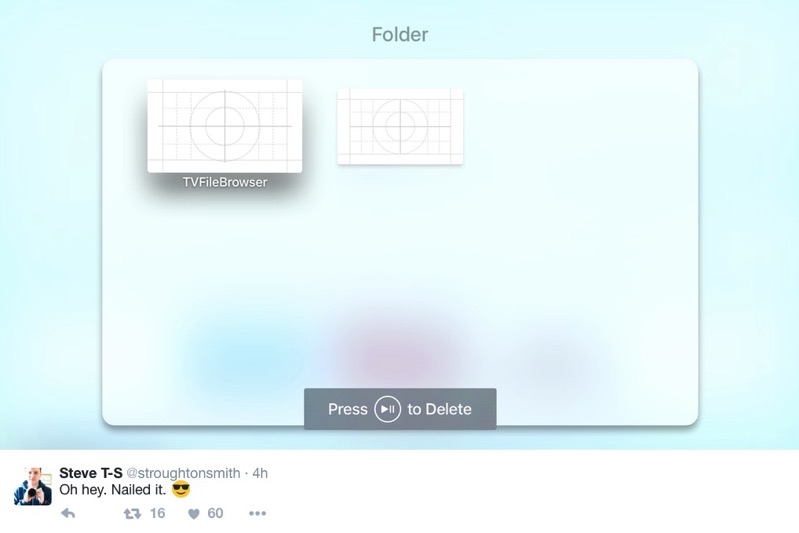 The developer says this discovery does not mean the feature could make its way to tvOS anytime soon, as he referred to the evidence of split screen views in iOS 8 for iPad, which did not materialize until iOS 9.

For now, the need for apps may not be necessary just yet, as developers are still updating their apps to support Apple TV. For the Canadian App Store, new Apple TV owners have noted apps are limited at the moment, numbering under 100:

@iPhoneinCanada the selection of apps is very limited on the Canadian App Store . Less then 100.

Apple TV users in the U.S. today gained a new ‘Categories’ tab, to make app discovery easier. No word on when this will make its way into Canada, but expect it to happen shortly in the near future.