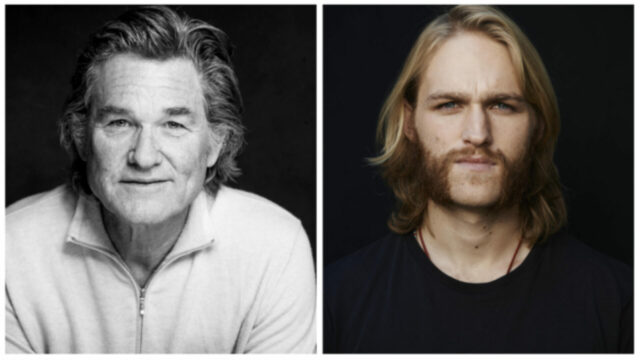 Apple TV+ series Godzilla and the Titans is moving forward in production and is bringing on father-son duo Kurt Russel and Wyatt Russel.

The live-action series is a part of Legendary’s ongoing Monsterverse franchise. The series features Godzilla, Kong: Skull Island, Godzilla: King of Monsters, and most recently, Godzilla vs. Kong. As of now, there aren’t too many details in regards to the story and plot of Godzilla and the Titans.

However, we do know that it takes place following the events after the fight between Godzilla and the Titans in San Fransisco. The series is said to follow the aftermath of the battle and the shocking revelations that Titans are real. The series follows a family that works to uncover secrets regarding the secret Monarch organization.

Additionally, Kurt and Wyatt Russel’s roles are both being kept a mystery for the time being. They will join the cast alongside Anna Sawai, Ren Watabe, Kiersey Clemons, Joe Tippett and Elisa Lasowski. The series sees Star Trek: Enterprise‘s Chris Black and Hawkeye‘s Matt Fraction co-create the series, with Black serving as showrunner.

Kurt Russel is best known for his work on Escape from L.A. His most recent work has seen him star in The Hateful Eight, Guardians of the Galaxy Vol. 2, and the Fast and the Furious franchise. Wyatt Russel is jumping on board as he works on Under the Banner of Heaven with Andrew Garfield. Wyatt Russel has also recently been seen in The Falcon and the Winter Soldier, Overlord, and The Good Lord Bird.

Market intelligence platform CB Insights recently compiled information on all of Apple's acquisitions, investments, and partnerships since the start of 2018 to try and glean the company's current areas of interest (via Apple 3.0). The data not only makes for an interesting infographic but also gives us a glimpse into Apple's plans for the future....
Nehal Malik
14 hours ago

In this week's edition of his Power On newsletter, Bloomberg‘s Mark Gurman detailed what we should expect from Apple's upcoming September event. Apple is expected to unveil the iPhone 14 and more at an event in the first half of next month. On the hardware side, Gurman expects to see the iPhone 14 series, the iPhone 14...
Nehal Malik
15 hours ago

[caption id="attachment_365768" align="aligncenter" width="1000"] Image: DuckDuckGo[/caption] Privacy-focused web browser DuckDuckGo has announced that its third-party tracker loading protection will now also work against Microsoft tracking scripts on third-party websites — reports The Verge. Advertising services use trackers to follow users across websites and profile them. These user profiles are then used to serve interest-based and...
Nehal Malik
19 hours ago