Apple has today announced that ‘Greatness Code,’ the short-form sports docuseries that unveils what drives the world’s greatest athletes to succeed, has been renewed for a second season, which premieres globally on May 13, 2022, on Apple TV+. 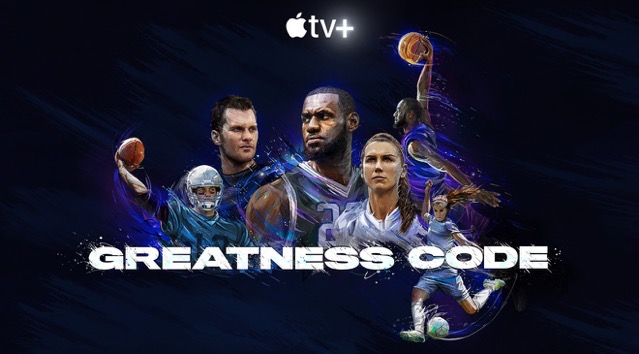 In ‘Greatness Code,’ elite athletes pull back the curtain on a pivotal career moment when they touched greatness. A stylized hybrid of live-action and visual effects, this short-form docuseries sheds new light on the sports legends you thought you knew.

The accomplished athletes featured in six brand-new installments of season two include:

Soon to join Apple’s slate of docuseries will be the recently announced feature documentary about Sir Lewis Hamilton, seven-time Formula One world champion, and “The Dynasty,” a new documentary event series about the New England Patriots from Brian Grazer and Ron Howard’s Imagine Documentaries, in association with NFL Films.