Looks like the a clear picture of a jailbroken Apple TV has surfaced on the web via twitter. The latest tweet from p0sixninja shows a picture of the greenpois0n logo on the Apple TV menu. PwnageTool should also be able to jailbreak Apple TV and its release is coming soon.

Credits go to @nitoTV, @dhowett, and @westbaer for the awesome AppleTV loader
26 minutes ago via Twitter for iPhone 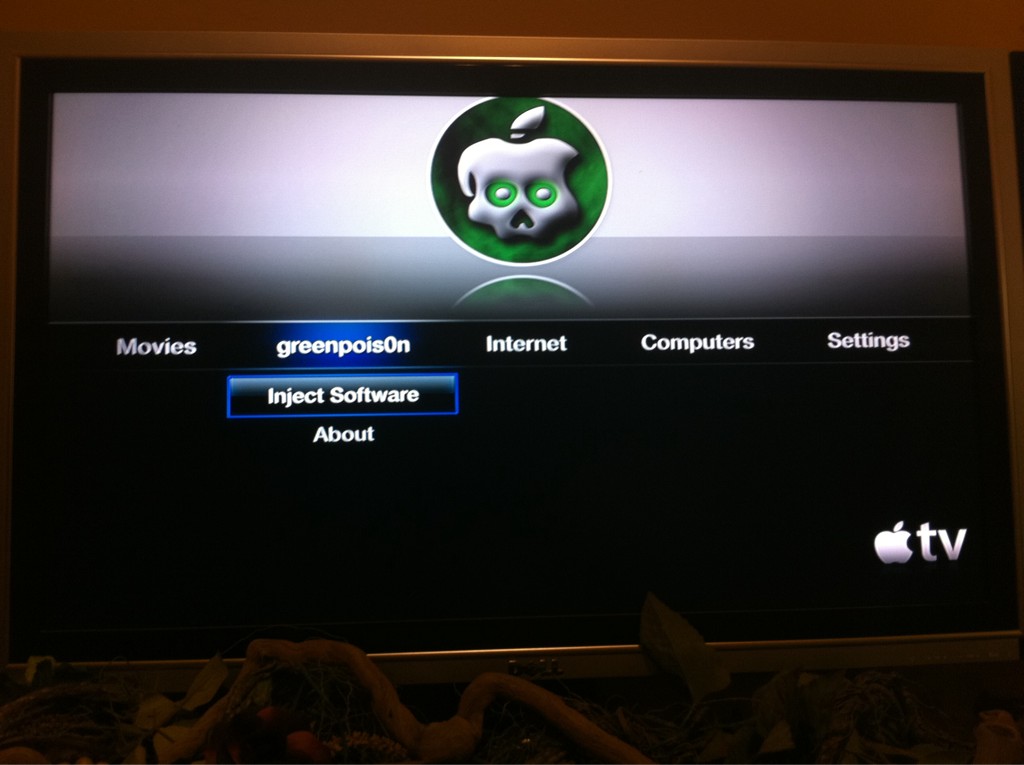 As you can see in the above image, the section for “Inject Software” should pave the way for a third party app store to install Apple TV apps. More as this develops…