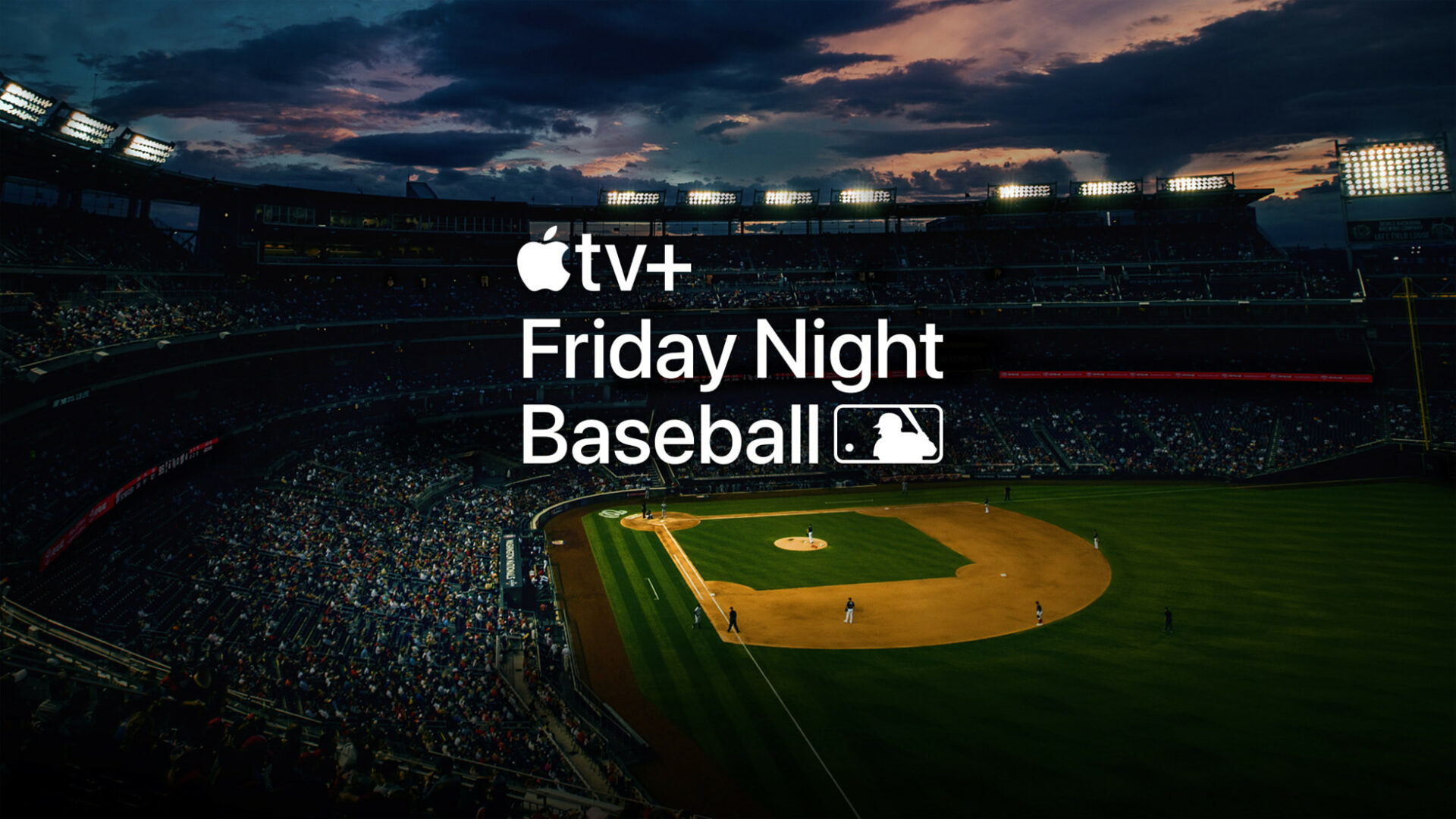 “The 2022 season is off to a great start, and we’re proud to bring all baseball fans a new way to watch their favourite teams each week, all without local blackout dates or the need for a cable subscription,” said Eddy Cue, senior vice president of Services at Apple.

“‘Friday Night Baseball’ brings the best of Apple’s signature design and commitment to the highest-quality experience together with the time-honoured traditions of MLB, and we’re looking forward to offering fans more great games to watch throughout the summer.

Earlier this year, Apple announced it had secured streaming rights to “Friday Night Baseball” in nine countries, including Canada and the U.S.

The move is part of the Cupertino, California-based tech giant’s push into the sports streaming space. The company announced the broadcast lineup and production details for the Apple TV+ coverage back in April, with the first games starting April 8.

For Canadians, circle July 8th on your calendars as the Blue Jays will be streaming on Apple TV+, taking on the Seattle Mariners.

Check out the full schedule of games for July below:

Anyone with internet access can currently stream “Friday Night Baseball” on Apple TV+ for free via the Apple TV app on iPhone, iPad, Mac, and Apple TV 4K and HD, on tv.apple.com, and on smart TVs, gaming consoles, and cable set-top boxes.

Apple has just rolled out a redesign for its official website, introducing an all-new navigation bar with fancy drop-down menus on both desktop and mobile. As spotted by Parker Ortolani, the updated drop-down bar makes it easier to navigate the website and relatively faster to get to individual product pages. All-new https://t.co/pXaoM71lcY nav bar with...
Usman Qureshi
13 mins ago

According to leaker @Jioriku, Apple will soon launch the Beats Fit Pro wireless earphones in Volt Yellow, Coral Pink, and Tidal Blue colours. Although Apple is yet to make an official announcement, MacRumors claims to have spotted listings for the new colours on some Apple reseller websites in Europe. Similar to the AirPods Pro, the...
Usman Qureshi
31 mins ago

Google's parent company, Alphabet, on Monday started notifying employees in Canada of job cuts, according to a spokesperson for Google (via The Globe and Mail). The news comes a little over two weeks after Alphabet CEO Sundar Pichai announced the company would be laying off 12,000 employees (or 6% of its total workforce) across its...
Nehal Malik
44 mins ago