Phoenix will play the French emperor and military leader Napoleon in the movie, which will begin production in early 2022 in the UK. “Napoleon is a man I’ve always been fascinated by,” Scott told Deadline. 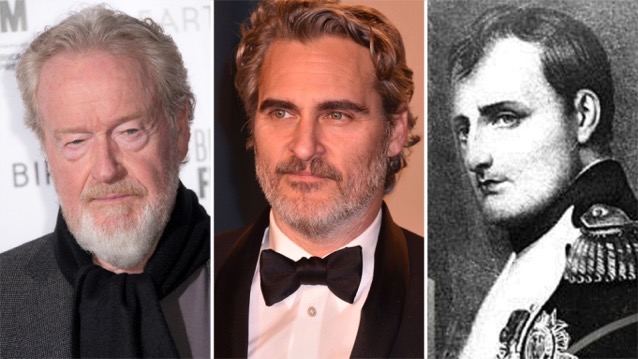 “He came out of nowhere to rule everything — but all the while he was waging a romantic war with his adulterous wife Josephine. He conquered the world to try to win her love, and when he couldn’t, he conquered it to destroy her, and destroyed himself in the process,” continued Scott.

“No actor could ever embody Napoleon like Joaquin,” Scott said. “He created one of movie history’s most complex Emperors in Gladiator, and we’ll create another with his Napoleon. It’s a brilliant script written by David Scarpa, and today there’s no better partner than Apple to bring a story like this to a global audience.”

The film’s title is derived from the saying “There is a general’s staff hidden in every soldier’s kitbag.” The film is an original and personal look at Napoleon’s origins and his swift, ruthless climb to emperor.

TikTok has revealed its 2022 year in review, highlighting the latest trends, creators, movements and moments that made this year one to remember in Canada and around the world. According to the social network, it says the “TikTok community elevated and celebrated creative expression in new ways–discovering, creating and sharing content that captured our collective imagination.” […]
Gary Ng
4 mins ago