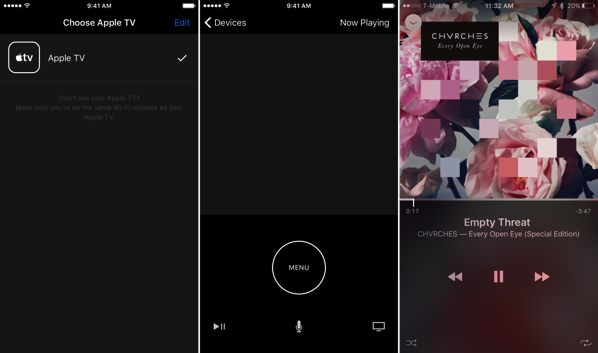 The ‘TV Remote’ app for controlling your Apple TV using your iPhone is evidently making a return with iOS 16 (via @SteveMoser).

Finally the tv remote is an app again. Now if only it appeared at the top of Spotlight search results. Has someone made a Shortcut to launch it so that I can put I on my Home Screen? https://t.co/ssCJmiIdrJ pic.twitter.com/41qw24cQ7e

Apple’s virtual iOS remote for its Apple TV offerings was originally available as an app. However, Apple removed all traces of the TV Remote app from the App Store, support documents, and elsewhere back in October 2020 after the functionality was integrated directly into iOS and iPadOS via Control Center.

The Cupertino, California-based tech giant made space for the Apple TV remote in the Control Center in iOS 15, where it has remained since. That changes with iOS 16, though, where a standalone app makes its comeback.

Apple unveiled iOS 16 with an all-new lock screen, additional sharing features, communication improvements, and much more at its Worldwide Developers Conference (WWDC) earlier this month. The company has already released the first developer beta for iOS 16, and a public beta release is expected sometime next month.

In the meantime, you can also simplify access to the TV Remote app by simply placing a shortcut that launches it on your home screen.

While iOS 16 isn’t the biggest update the iPhone’s software has seen in terms of looks, it is still chock-full of changes, improvements, and new features. iOS 16 won’t be available to the general public until later this year in the fall.

Netflix has made good on its warning of an impending crackdown on account password sharing in early 2023, explaining its new rules in a Help Center article (via The Streamable). According to Netflix's estimates, more than 100 million users across the globe use another person's Netflix account to access the service. Netflix hopes that implementing...
Nehal Malik
8 mins ago