Apple TV+ has signed Alexander Rodnyansky on for Russian and multi-language projects. 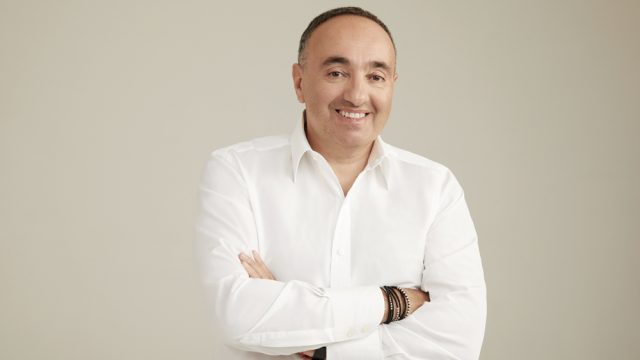 The deal is for a slate of both Russian-language and multilingual shows for Apple TV+, set both inside and outside Russia, and creatively led by both Russian and international writers and directors.

Although the pact is with Rodnyansky’s LA-based AR Content, which he set up three years ago to finance the development of feature films and television, it is his production expertise and experience in Russia that appeals to Apple most, he told Variety.

“Apple is extremely interested to explore the possibilities in that part of the world,” he said. “It’s going to be the very first of all the global streaming platforms to sign a strategic partnership with a company with Russian roots.”

The director and producer went on to say that his team will be working with the best of the best in terms of international writers and directors to make Russian-speaking content in the same way Hebrew and Arabic content has been popular in recent years.

“This is an amazing time when you have ‘Fauda’ in Hebrew and Arabic doing really well across multiple territories, when you have French-speaking shows like ‘La Mante’ or ‘Marianne,’ or German shows like ‘Dark’ or ‘Babylon Berlin’ crossing borders,” Rodnyansky said. “This is a time for Russian-speaking — or multilingual shows — to do the same. That’s why we are developing new shows with the best international writers and directors, and at the same time trying to keep our positions within movies.”

He added: “[The global drama boom] is a chance for filmmakers from all over the world to deliver their stories, on the life they know very well, to international audiences with no limitations. That’s what makes me excited. This is part of the contemporary world, and it can break down borders to make the world united, and can change it completely.”

According to the European Union's final deadline, all new phones sold in the region, including future iPhones, will have to use USB-C for wired charging by December 28, 2024, The Verge is reporting. The EU’s new USB-C legislation, which has just been published in the bloc’s Official Journal, the rules will officially enter into force in...
Usman Qureshi
37 mins ago

To optimize Chrome for your device’s battery and system memory, Google is introducing two new performance settings so Chrome uses up to 30% less memory and extends your battery when running low. To offer its users an improved browsing experience, Google is rolling out new Memory Saver and Energy Saver modes over the next several...
Usman Qureshi
56 mins ago