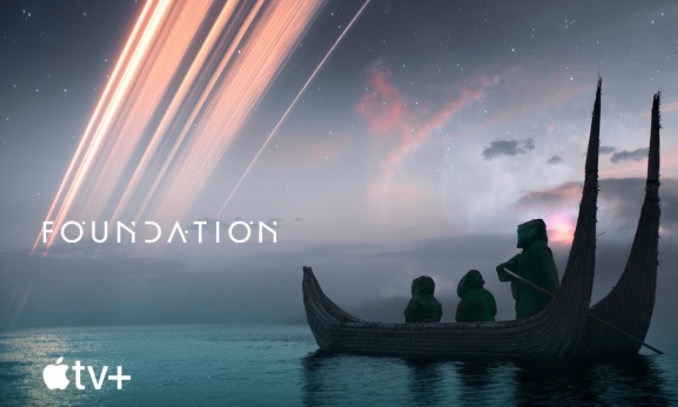 Apple has shared a teaser trailer for its upcoming Apple TV+ original called Foundation, set to release in 2021:

“The future begins in 2021,” explains the video description.

Based on the award-winning novels by Isaac Asimov, Foundation chronicles a band of exiles on their monumental journey to save humanity and rebuild civilization amid the fall of the Galactic Empire: https://apple.co/_Foundation

Apple announced the new original is coming in 2021 during its WWDC 2020 keynote.

Security researchers from HUMAN’s Satori Threat Intelligence team have identified 75 apps on Google Play and 10 apps on the App Store engaged in ad fraud, resulting in over 13 million installations (via Bleeping Computer). The researchers say they have identified a collection of mobile apps that are part of a new ad fraud campaign named 'Scylla'....
Usman Qureshi
37 mins ago

YouTuber and tech gore creator TechRax took it upon himself to give Apple's new iPhone 14 Pro a facelift in a recent video. "I can't stand the protruding camera bump," he said, preparing to saw it off. The camera island on the back of this year's iPhone 14 Pro models is larger in all directions than the...
Nehal Malik
37 mins ago

According to Bloomberg’s Mark Gurman, he believes Apple may not hold an October event to announce Mac and iPad Pro updates with M2 chips. The M2 chips were unveiled at WWDC this summer. Does Apple have enough new features still hiding to justify holding an October event with the media? “It seems unlikely,” says Gurman. […]
Gary Ng
51 mins ago