Apple has launched registration for Apple TV Tech Talks, to allow developers to “get in-depth guidance from Apple experts on developing and designing for tvOS, in a city near you,” according to an email to devs: 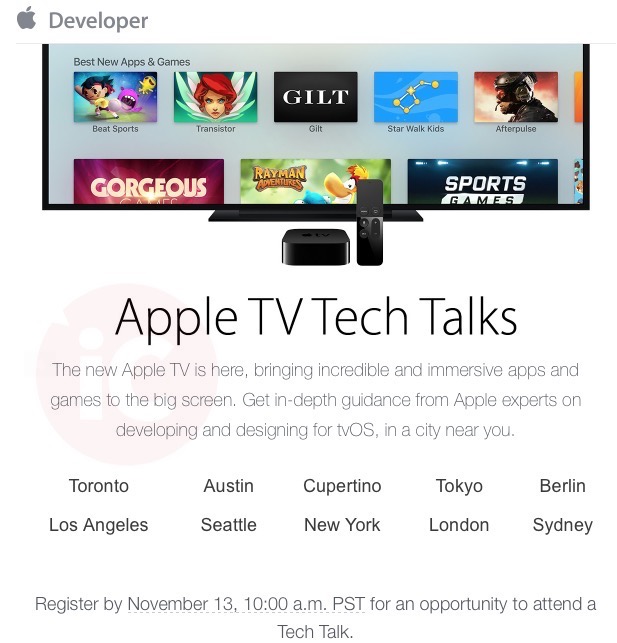 There are 10 cities worldwide where Apple TV Tech Talks will take place, with Toronto being the only Canadian city listed.

The Toronto event kicks off the Tech Talks tour, and takes place on December 7, 2015, with registration taking place at 8AM. Morning sessions begin at 9AM, followed by lunch at noon, then afternoon sessions at 1PM. At 5PM, Apple will hold a reception for developers and Apple Experts “for engaging and inspiring conversations.”

Apple has previously launched worldwide Tech Talks for iOS 5 back in 2011 and iOS 7 in 2013. This marks the first time a Canadian location has been included, but is not surprising given the company has an office in Toronto and the growing number of incredible developers we have here.

Click here to register for a session while they’re still available.