Apple has just published the trailer for its upcoming true crime documentary “The Big Conn,” which will premiere globally on Friday, May 6 exclusively on Apple TV+, along with an official companion podcast on Apple Podcasts. 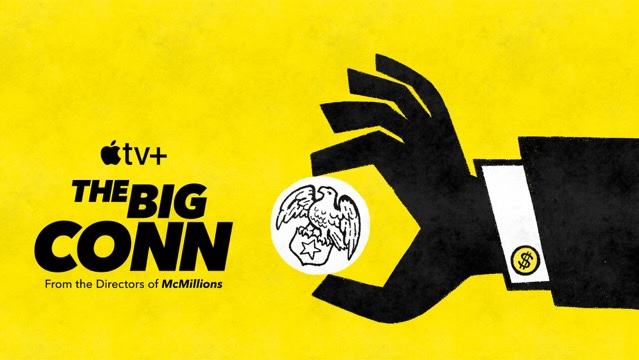 The new four-part documentary series tells the unbelievable true story of larger-than-life attorney, Eric C. Conn, who defrauded the government and taxpayers over half a billion dollars in the largest Social Security fraud case in United States history.

All four parts of the series will premiere alongside an Apple TV+ companion podcast that will explore Conn’s con and outrageous lifestyle further with additional interviews and behind-the-scenes details.

The Big Conn recently made its world premiere at SXSW with a screening of the first two episodes of the series followed by a Q&A with writer/directors James Lee Hernandez and Brian Lazarte.

Check out The Big Conn official trailer below and let us know what you think.