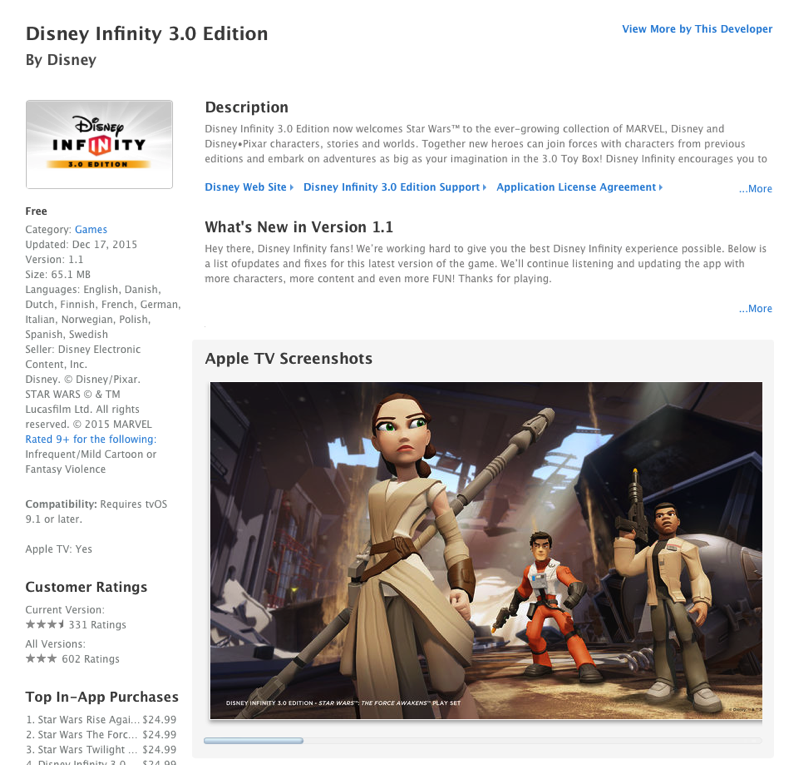 As first noticed by Jeff Scott (via MacStories), Apple has finally begun rolling out Web link and iTunes Web previews for Apple TV apps. Apple is allowing users to link to tvOS apps in a Web browser and get to an iTunes Preview page enriched with screenshots, app descriptions, and more.

While this isn’t technically new, this minor addition is a notable improvement for the newly formed tvOS app ecosystem. When it launched last year, and tvOS apps became available for download from the App Store, Apple didn’t allow a direct link to apps, so the developers were not able to link to their apps from a website or social media account.

It’s important to note (as highlighted by TechCrunch) that Web links for tvOS apps were kind of accessible, but it required some knowledge of where to look for it and did not contain a screenshot, metadata or download link. Although the download link is still missing on the newly activated pages, this could change in the near future.