Sponsored tweets such as the following are showing up on timelines: 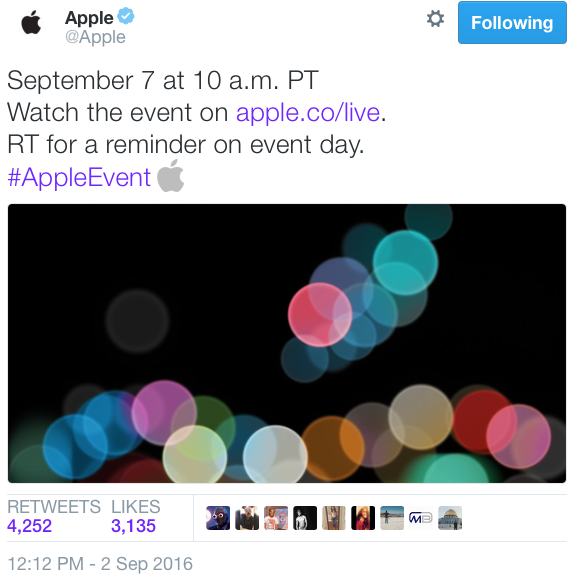 If you retweet this tweet, the account will automatically reply with the following, to also say they’ll remind you before the event on September 7th: 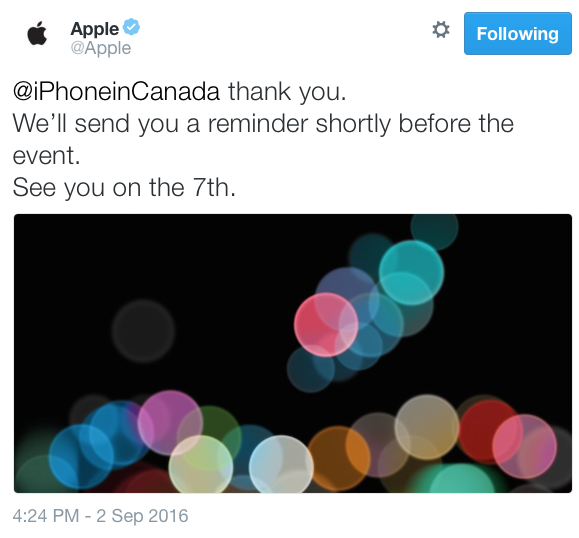 Interestingly enough, these replies to users are not visible on the @Apple account’s main timeline, as they are a feature of Twitter’s Promoted-only tweets.

Promoted-only Tweets are Promoted Tweets that are only shown to users targeted in your advertising campaigns. Unless specifically targeted, Promoted Tweets do not show on your followers’ timelines. When seen by a targeted user, they act like normal Tweets and can receive replies and be shared, Retweeted, liked, etc.

As part of Apple’s sponsored Twitter campaign, there’s also a new custom emoji. Just use the hashtag #AppleEvent and you’ll get to see a silver Apple logo: