A couple of Apple patent applications recently published by the US Patent and Trademark Office (USPTO) have revealed that the iPhone maker is looking at ways to create new layers for touchscreens and potential changes to the Apple Pencil to include ultrasonic transducers for more accurate movement detection, AppleInsider is reporting. 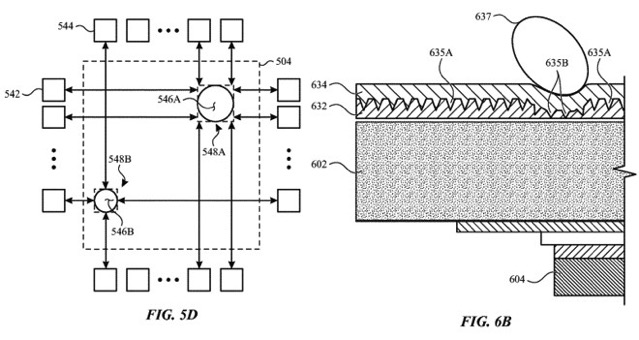 The concept is based on acoustic touch sensing in which transducers transmit ultrasonic waves along a surface of a device with sensors detecting the waves and any reflections. 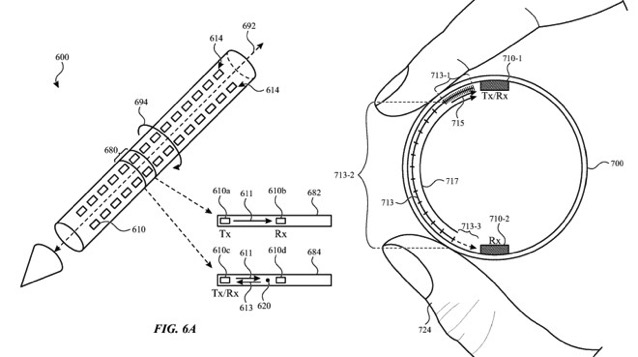 The second filing titled “Ultrasonic touch detection on stylus” focuses on applying the same concept to a stylus, like the Apple Pencil.

Rows of transducers along the shaft of the stylus would be able to detect where on the stylus’ surface other objects are touching it, again affecting any transmitted waves as with the display filing. While having transducers on one end would help determine where the objects touch in terms of length from the nib of the stylus, multiple rows will also reveal what parts and how much of the surface area of the stylus is in contact.”

The use of ultrasonic technology for touch detection certainly has potential as it could easily be used alongside other technologies, including resistive and capacitive systems. However, whether Apple eventually decides to use it or not remains to be seen.