Apple filed a preliminary injunction last week in California requesting a ban on Samsung’s next flagship phone, the Galaxy S III, which is set to be launched in U.S on June 21. However, Judge Lucy Koh in San Jose, California has said that she’s too busy to hear Apple’s request for a ban on Galaxy S III before 30th of June, reports Reuters. The judge added that Apple’s request to get a court order blocking the June 21 launch would “overload her calendar” given Apple’s high-stakes trial over other Samsung devices set for July that she is overseeing. 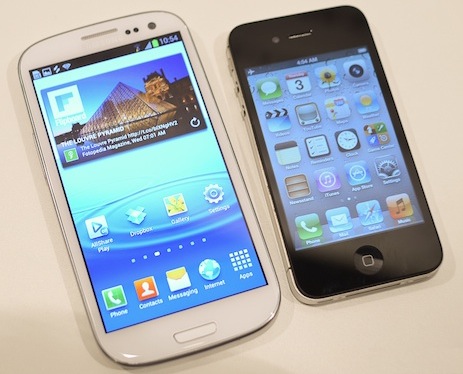 Apple Inc has spent nearly three years fighting its rivals in a global smartphone patent war. Now, setbacks in two key U.S. court cases are laying bare why a drawn-out battle could be bad news for the iPhone maker.

The latest decisions don’t doom Apple’s courtroom efforts – the company can appeal Posner’s ruling, while Koh’s directive had nothing to do with the merits of the Samsung case about to go to trial, or the legal arguments for an injunction on the new Samsung smartphone. But delays in moving its cases through the courts is a blow to Apple’s efforts to get quick and favorable rulings that it hopes would give it an edge in the marketplace for mobile devices.

The report also notes that a win in one of the U.S. legal cases could strengthen Apple’s hand in negotiating cross-licensing deals outside court where companies agree to let each other use their patented technologies.