This morning Apple pushed out updates for its iLife suite of applications.

GarageBand, iMovie, and iPhoto have been updated and the downloads are now available in the Mac App Store and via Apple Software update.

In specific, Apple released a bunch of updates for iMovie ’11, including support for movies made with iMovie for iOS:

– Support for opening projects imported from iMovie for iOS.
– Fixes an issue where some audio adjustments were not preserved.
– Addresses a performance issue when using large quantities of video clips with keywords.
– Resolves issue with slow application launch when working with large iPhoto libraries.

With the new iMovie ’11 update, if you make a movie project on iMovie for iOS, you may now import it into iMovie ’11 on your Mac. Check it out! 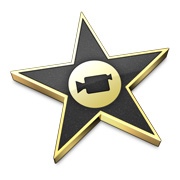