Apple quietly released an update for its iWork suite and updated the mobile version of Pages, Number and Keynote to version 1.7. The iWork update 9.3 add support for iWork for iOS 1.7 apps. 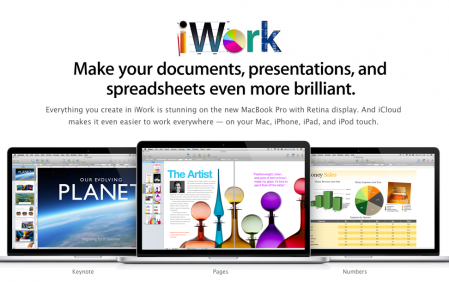