Apple, Microsoft and a bunch of other major U.S. companies have formed a new lobbying group called the Partnership for American Innovation, which is aimed at pushing back some changes proposed to the existing patent system by members of the Congress. According to Reuters’ report, the group claims that suggested measures would ‘hinder protection of valuable inventions’. 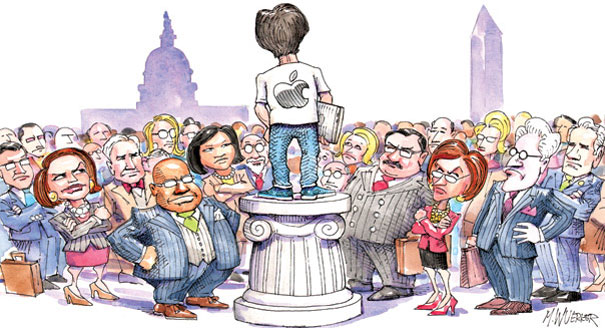 Other companies who have also signed up include DuPont, Ford, General Electric , IBM and Pfizer. The group is concerned about a pending legislation targeted at fighting so-called patent assertion entities (PAEs) i.e companies which produce nothing but instead buy up patents and then attempt to extract licensing fees or sue for infringement. The newly formed lobbying group has warned that  steps to stop the PAEs could also hurt truly innovative companies.

“There’s a feeling that the negative rhetoric is leading to a very anti-patent environment,” said David Kappos, director of the U.S. Patent and Trademark Office from 2009 to 2013, who advises the group. He is with the law firm Cravath, Swaine and Moore, LLP. In particular, the group would oppose efforts to make software or biotechnology unpatentable.

Google, Cisco and other supporters of efforts to curb frivolous patent litigation from PAEs, often termed “patent trolls,” supported a bill that easily passed the U.S. House of Representatives in December.

Meanwhile, Apple is currently engaged in the second episode of long-standing patent infringement battle with Samsung, asking for as much as $2 billion in damages form the Korean company.