A hidden page on Apple’s website was apparently being used to recruit an engineer for work on a “critical infrastructure component.”

The page, which was highlighted by ZDNet Editor Zach Whittaker and has since been taken down, was located at us-east-1.blobstore.apple.com. The page described the job as involving “exabytes” of data, “tens of thousands” of servers, and “millions” of disks. 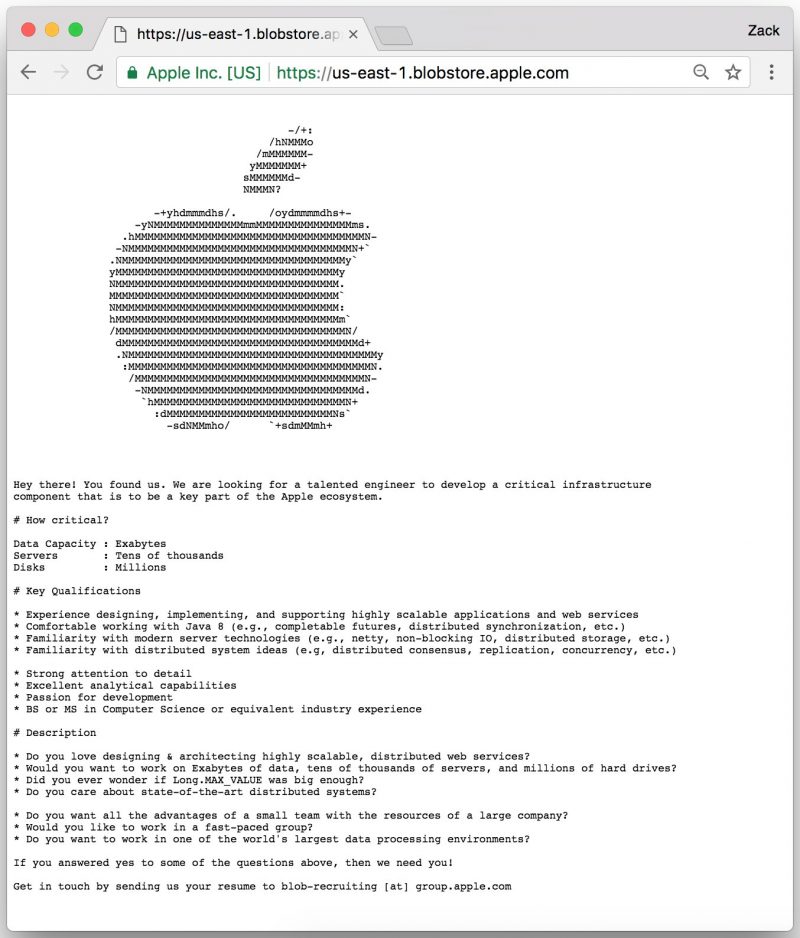 The role called for a candidate able to design and implement scalable apps and web services, familiar with Java 8, modern servers, and distributed systems.

While not necessarily difficult for a seasoned engineer to find, the page’s unusual placement likely ensured a base level of proficiency.

It’s not clear when Apple disabled the page or if that means a candidate has been hired. It was also unclear which cloud service the company was referring to.