According to a new Apple patent filing published by the U.S. Patent and Trademark Office today, the company is developing an enhanced headphone device with voice recognition capabilities, that would allow activation of multiple on-board microphones, turn on noise cancellation and also direct beamforming mics toward a user’s head, AppleInsider reports. 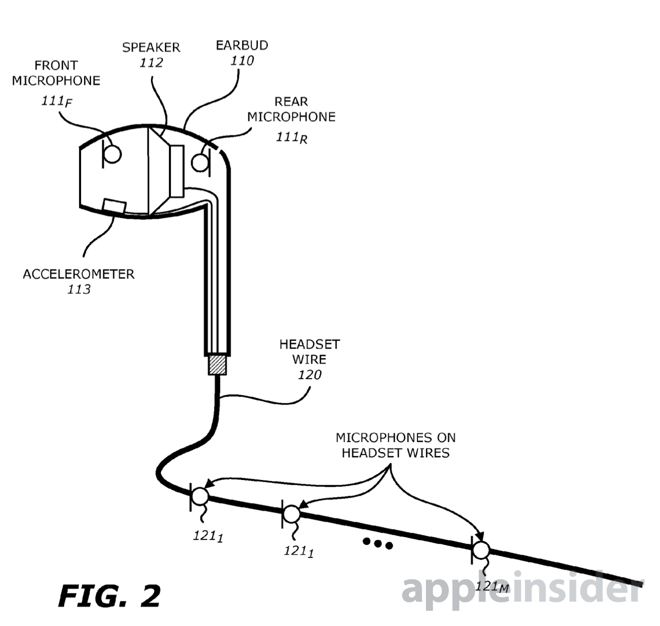 Apple’s application titled “System and method of detecting a user’s voice activity using an accelerometer” describes advanced earbuds, loaded with an on-board accelerometer and two microphones. Working together with a microphone array located along the headphone wire, these sensors form a noise-suppressing system much more advanced than the company’s existing EarPods. The process starts with the accelerometer, which detects both voiced speech and unvoiced speech via vibrations propagating through user’s tissue and bone.

“Detected accelerometer vibration data from is joined by signals from front- and rear-facing microphones embedded in one or both earbuds. In some embodiments, the accelerometer is tuned to detect lower frequency vibrations in what is called a VADa system. Alternatively, signals output from the two microphones can be used to determine voiced speech, or a VADm arrangement.

The VAD (voice activity detector) system scans for both voiced (VADv) and unvoiced (VADu) signals, which are combined with other signal data to inform a noise suppression circuit. Based on the information, noise from the area surrounding a user can be estimated and an effective beamforming algorithm can be applied to the system’s various mic arrays.” 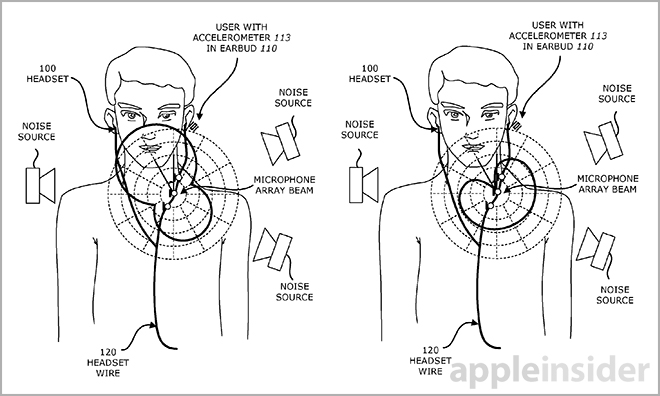 If Apple implements the invention in its future headphones, the EarPods would certainly benefit from this amazing noise-canceling technology.