Apple VP Jennifer Bailey: Apple Pay is Accepted at 1 out of 2 US Stores 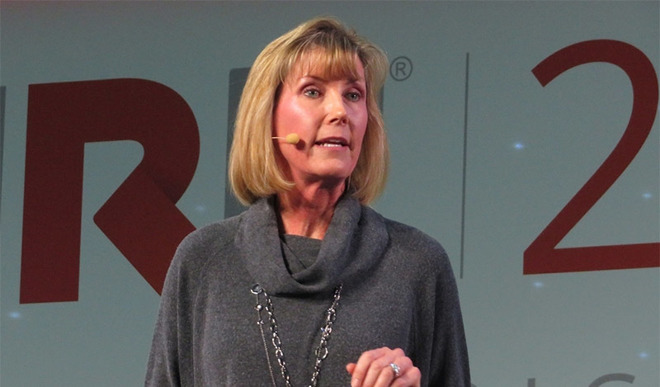 Earlier this month, Apple’s VP of Internet Services Jennifer Bailey delivered a keynote at NRF 2018 where she discussed the current state retail and Apple Pay.

In terms of internet traffic, mobile usage has exceeded PCs in 2017. Twenty-five percent of e-commerce is mobile in the United States. The growth rate is four times that of desktops, and 10 times greater compared to physical retail.

According to Bailey, Apple Pay was only available at 3% of the US stores at the time of start, but now the ratio has reached 50%. She said:

Bailey also talked about Apple’s goal of creating a “new shopping experience” with the iPhone that would take advantage of ARKit and the TrueDepth camera. All of these feature paired with Apple Pay could greatly reduce the amount of steps it takes for customers to purchase a product. Bailey said:

“Physical stores are an important place where you can engage with customers face-to-face, you can focus on engagement with customers by making applications more efficient,” she said. “We can discover and purchase services and products in a new way, from pickups to recommended personalized products, and we will continue to develop. We are ourselves a retailer and we share the opportunities and challenges of retailing.”

Bailey talked about Apple’s retail efforts at a time when struggles in retail are very apparent. She explained that Apple sees retail as a huge opportunity to further engage with the customer and take shopping to the next level.

Apple Pay has continued to grow rapidly over the past year, with launches in new retailers, countries, and adding support for new banks.