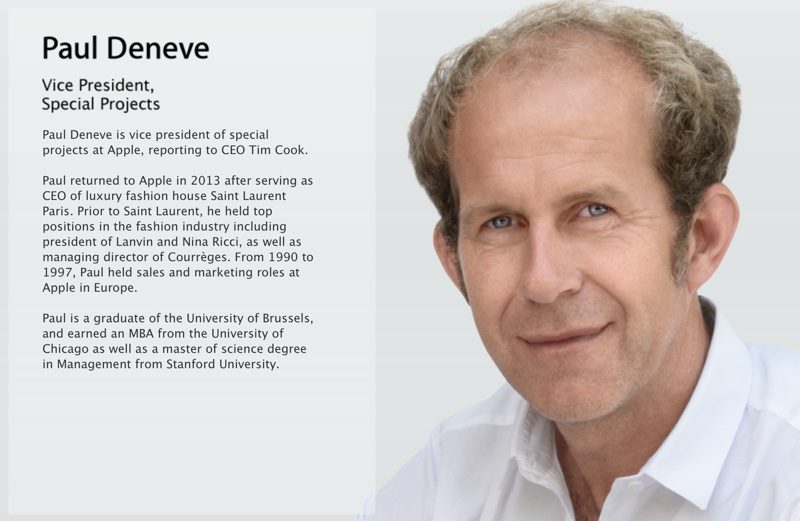 Yesterday, Apple VP of Special Products Paul Deneve was removed from the company’s executive profiles page. This suggested that he may longer be with the company or that he has left the executive team.

Financial Times reporter Tim Bradshaw then reported that Deneve is still at the company. Deneve will now report to Apple Watch lead Jeff Williams instead of CEO Tim Cook. Bradshaw confirmed this in a tweet:

Apple says that Paul Deneve is still at the company but now reports to Jeff Williams, who runs Watch, rather than directly to Tim Cook. https://t.co/TbZTaBBlFZ

Paul Deneve joined Apple after leaving his position as CEO of  luxury fashion house Yves Saint Laurent. One of Deneve’s first roles after he joined the company on the Apple Watch. Now that Deneve is reported directly to Williams, we could see his involvement with the company shift to primarily focus on the Apple Watch.

Users who have updated their Macs to last month's macOS 13.2 release are reporting that their Pioneer CD/DVD drives are no longer working (via MacRumors). Apparently, the latest version of macOS Ventura is not compatible with Pioneer's lineup of USB-connected CD, DVD, and Blu-ray drives for the Mac. Apple rolled out macOS 13.2 with support for...
Usman Qureshi
13 mins ago

Orbital Knight’s Castle Crumble has just arrived on the Apple Arcade, allowing you to embark on an adventure and conquer a variety of kingdoms. In Castle Crumble your goal is clear - castles must fall. You play to become a hero in far fantasylands. 🏰 New Release 🏰 Castles. Must. Fall. In Castle Crumble from @orbital_knight, you'll...
Usman Qureshi
26 mins ago

The folks over at YouTube channel Max Tech have today shared a comparison video of the 2023 M2 Max 16-inch MacBook Pro and the MSI Z16 PC laptop. In an earlier comparison, the new M2 MacBook Pro was pitted against the M1 Max MacBook Pro, in which they highlighted the High Power Mode on the 16-inch MacBooks. The High-Power Mode...
Usman Qureshi
35 mins ago