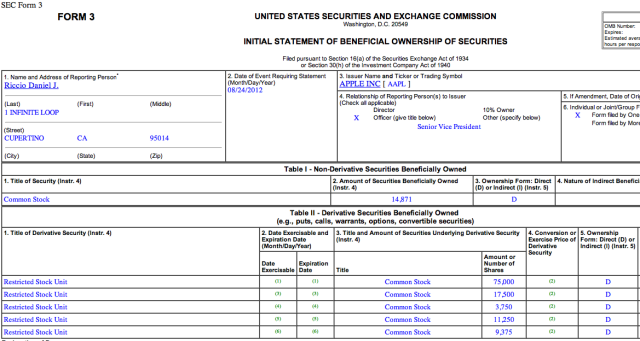 At today’s current value, these shares would be worth $50.6 million dollars. The filings also note the existing annual stock bonuses awarded to each executive dating back to 2008.

Another filing noted Apple board member (and current CEO of J.CREW) Millard Drexler selling 25,000 shares of stock at $663.75/share, worth just over $16.5 million dollars.