The wall adapters shipped with certain iOS devices and Macs may break and create a risk of electrical shock if touched, Apple says. There have been 12 incidents worldwide the company is aware of, the press release reads.

Customer safety is always Apple’s top priority, and we have voluntarily decided to exchange affected wall plug adapters with a new, redesigned adapter, free of charge.

Apple is asking customers to stop using the affected plug adapters and recommends that customers visit the microsite dedicated to the exchange program. There, customers can identify their wall plug adapter: The affected product has four or five characters, but no characters on the inside slot where it attaches to an Apple adapter. 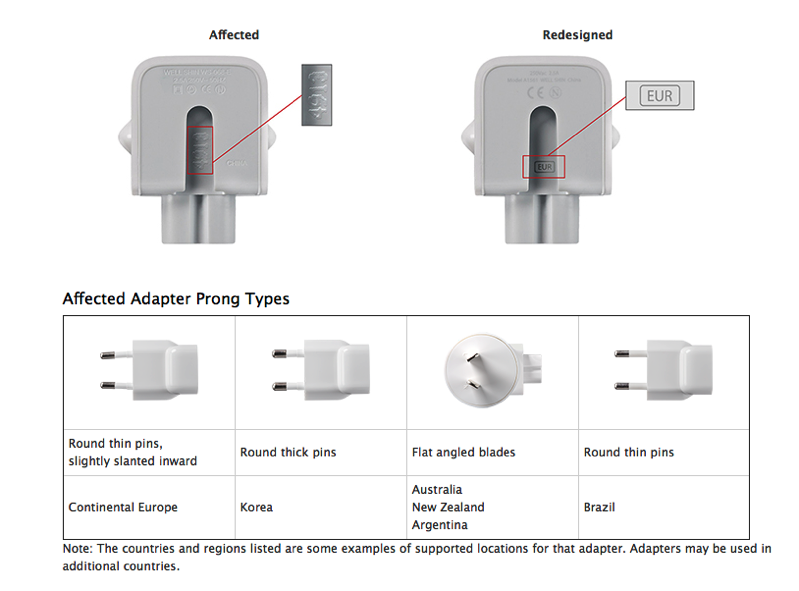 Affected customers will receive new, redesigned adapters by following the steps detailed in the exchange process.