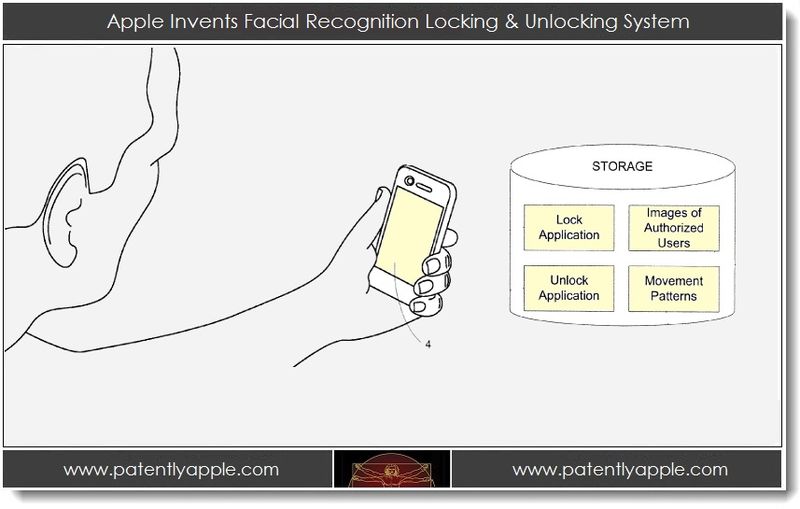 Apple has applied for a facial recognition locking and unlocking system patent, as Patently Apple describes. Currently Android has applied this system to all 4.0 devices with a front-facing camera. Users are able to essentially use their face to unlock their phones, and if that doesn’t work the user can type in a backup password. The only flaw is that people with a similar appearance can easily gain access to the device and it fails to work in low-lighting conditions.

Patently Apple detailed the patent as being slightly different than its Android competitor’s version. If you aren’t holding the device, but it’s on, the feature will lock the device automatically. While on the other end, if you pickup the device, it will unlock assuming the face matches the owner.

An Apple facial recognition patent was revealed in December, but didn’t involve unlocking an iOS device.

Would you use face recognition unlocking over the typical password and slide to unlock? After trying the Samsung Galaxy S3 I found face unlocking to be more of a hassle because it can sometimes be a longer unlocking process.