Analyst Steve Milunovich from UBS has today cut his estimate for the number of Apple Watch units Apple is likely to sell in 2016 to 31 million from 40 million, noting that online mentions suggest “people are not very interested in the recently released Apple Watch”, Barron’s is reporting. While maintaining a Buy rating on Apple shares and a $150 price target, Milunovich says that about 7% rather than 10% of the expected iPhone 5/6 average installed base is likely to buy a Watch. 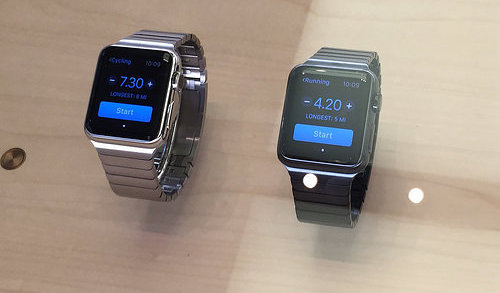 The analyst claims that his estimate is based on an index of search results, which has deviated lower relative to an index of 30 consumer electronics introductions and the first iPad and iPhone releases. At the same time, Milunovich insists that this is “just the first inning”, adding that “We are long-term bullish on the Watch as the interface to the Internet of Things; the wrist is a natural place to put Apple technology”.

Furthermore, the analyst lays the blame at Apple’s feet for having “botched” the roll-out of the watch, discouraging early buyers:

“Apple has somewhat botched the Watch introduction. First “early” in the year was defined to include April. Then supply issues pushed back availability for most early buyers. The buzz has been reduced by requiring appointments and by the inability for now to take Watches home from Apple stores. However, Apple is right to go slowly as the Watch represents a new category. Word of mouth will be important, so training users is needed. We are long-term bullish on the Watch as the interface to the Internet of Things; the wrist is a natural place to put Apple technology”.

He concludes his note by saying that the ambiguity surrounding the actual availability of the Watch is “putting off consumers, reducing any sense of urgency” and also lowering initial demand.