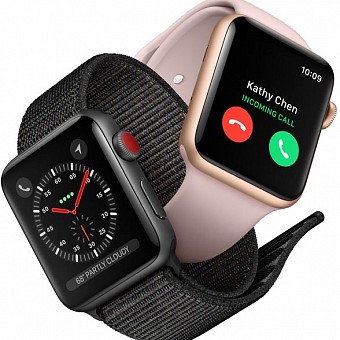 An Apple support representative has revealed to a customer that the cellular feature on all LTE-enabled Apple Watch Series 3 models will only work in the country of purchase due to hardware limitations, MacRumors is reporting. This means that LTE connectivity on an Apple Watch purchased in the Canadian Apple store will only work with Bell at launch, and later with Telus in Canada.

“If you purchased one (an Apple Watch S3 GPS + Cellular) through the US Apple Online Store, it’ll only work for the 4 US carriers. It wouldn’t work internationally unfortunately. I’m not entirely sure what type of error it would show if you took a US Watch to Germany, but it wouldn’t be compatible with Telekom”.

Currently, Apple Watch Series 3 LTE models are only available in a handful of countries. Also, these LTE models do not support roaming outside of a provider’s network coverage area, so roaming will not work when traveling to another country. Furthermore, the Apple Watch Series 3 only supports a limited number of LTE bands, unlike the iPhones.

With availability expected to expand to other countries in future, the LTE Apple Watch is currently only available in Australia, Canada, China, France, Germany, Japan, Puerto Rico, Switzerland, the UK, and the U.S.

We have also reached out to Apple for further clarification on Apple Watch LTE compatibility in Canada, stay tuned for updates.