A new photo shared online appears to indicate that previous Apple Watch Series 7 rumours of a size increase are correct. 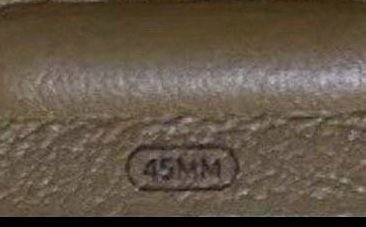 A photo first spotted by DuanRui on Twitter reveals a photo that appears to show a very close up shot of an Apple Watch Series 7 band complete with 45mm sizing mark, reads a new report from MacRumors.

Of course, this isn’t necessarily a substantial change in dimensions, but on the other hand, given Apple plans to make the bezels smaller and offer straight edges, the available screen estate could be significantly larger.

On the other hand, despite the Apple Watch getting a larger screen, this doesn’t mean Apple will necessarily give up on its current band system. All existing Apple Watch bands will continue to work on the new Apple Watch Series 7, as this is something that the Cupertino-based tech giant has remained very committed to, especially as the ecosystem of Apple Watch accessories keeps growing.

Earlier Apple Watches came in two sizes at 38mm and 42mm, but by the time the company had reached the Series 4, it had updated the model to larger 40mm and 44mm sizes.

We’ll hear more about the new Apple Watch next month when Apple officially launches the device alongside the new-generation iPhones. If the typical release scheduled is used, the new watch should hit the shelves in approximately one month.