James Prudenciano, 28, who fell over some thorns onto a steep cliff while hiking in Hartshorne Woods Park in New Jersey with his date last week, is crediting his Apple Watch for saving his life. “We got to the bottom and that’s when it was life or death,” Prudenciano told New Jersey News. 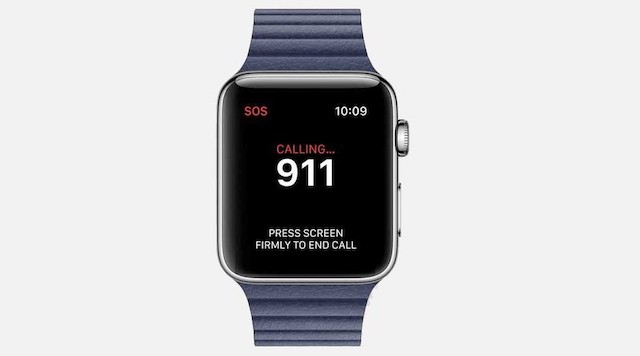 Prudenciano told the publication that once it began to get dark, they decided to slide down the cliff hoping they would land on solid ground. However, they soon realized there was nothing below them but rocks. “I looked down and I noticed it was a straight drop to rocks and water.”

Prudenciano’s girlfriend dropped into the river and yelled to let him know she was hurt, but OK. His Apple Watch then detected a “hard fall” and automatically dialled 911:

“I was screaming that I’m going to die because I really felt I was going to die,” he said. “There was no way out of this for me. I literally said my last goodbyes.”

Prudenciano’s mother says she received three text messages letting her know there was an emergency.

Eventually Prudenciano fell into the river and landed on a rock. He suffered three fractures in his back, scratches and thorns that are still lodged in his foot.

The two were then transported by the Middletown police to Hackensack Meridian Jersey Shore University Medical Center.