Apple has today shared the story of Bob March, a former college-level athlete whose wife Lori March gave her an Apple Watch as a gift for their 17th wedding anniversary, saying “an investment in your health is an investment in our future.” 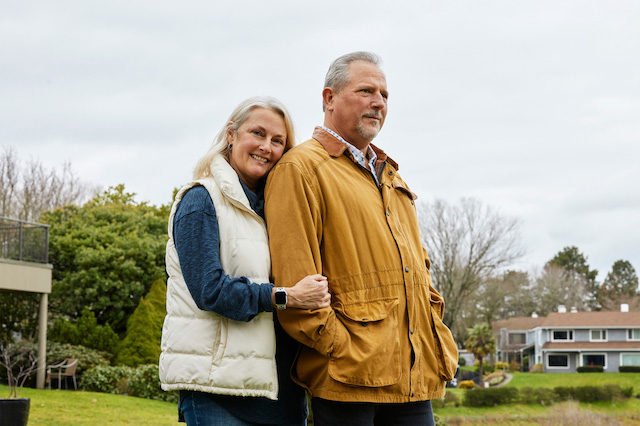 While exploring his new Apple Watch, Bob discovered the Heart Rate app and though he was relaxed, his first reading showed 127 beats per minute. That was high for Bob, but he brushed it off as a fluke. “I thought, ‘this is nuts,’” Bob says.

Later that day, Bob and Lori noticed more erratic heart rate readings. The couple saw similar patterns over the next few days, prompting Lori to schedule an appointment for a routine physical.

“I figured the doctor would tell me to practice breathing, try yoga, cut back on sodium or something of that sort,” says Bob. “Instead, 10 minutes after meeting with me, he had me in an ambulance headed to the ER.”

Doctors found an arrhythmia, which caused Bob’s heart to work in overdrive.

We truly believe that it saved his life,” Lori says. “It doesn’t get any bigger than that.”

Bob’s procedure went extremely well and now, only a few months later, he’s back to running alongside his dog. He and Lori credit his Apple Watch for changing their future.

Google today unveiled its long-rumoured smartwatch, the Pixel Watch, during the 'Made by Google' launch event. Pixel Watch features a circular design with a curved top that gives it a dome-like appearance. The screen is protected by a Custom 3D Corning Gorilla Glass cover that's tough and scratch-resistant. Google's Pixel Watch comes with an always-on...
Nehal Malik
16 mins ago