The App Store appears now shows a landing page for the Apple Watch if users search for ‘Apple Watch’, as seen below, spotted by our own Istvan Fekete: 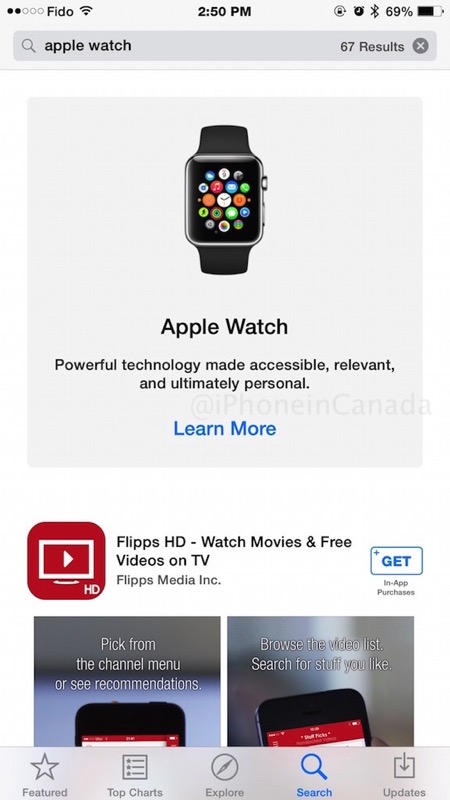 The text reads “Powerful technology made accessible, relevant, and ultimately personal.” The image takes you to the company’s Apple Watch landing page. Apple is said to include a companion Apple Watch iOS app to help control settings on the wearable.

Expect there to be a dedicated section in the App Store soon for Apple Watch apps, which some top-tier developers have been working on with the company at secret labs to fine tune.

Jim Dalrymple from The Loop has also revealed on Twitter the so-called external structure Apple was building for a supposed hands-on area, is now gone:

So, that big "structure" that everyone posted was a new hands on building for Apple's event is gone. Told you.

Apple is set to announce more Apple Watch details such as pricing and availability at its Spring Forward event tomorrow, set to take place at 10AM PST, 1PM EST. Bring on Monday morning!