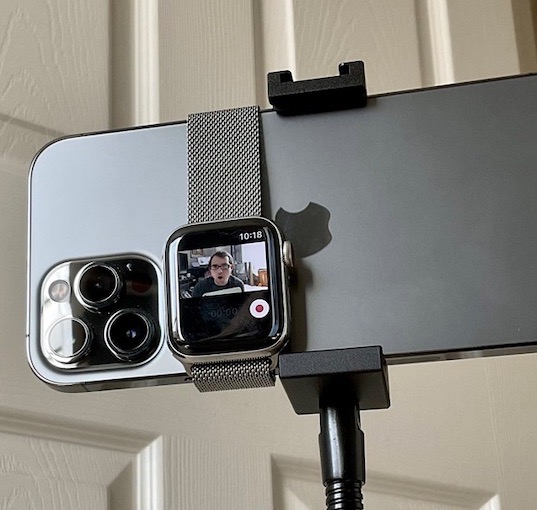 If you own an Apple Watch, you know how it can be used as a camera remote for your iPhone, a feature most people use commonly for taking selfies and group photos. However, @PeterSciretta has now pointed out that you can also use it as a vlogging viewfinder (via The Verge).

To set up your Apple Watch to double as a viewfinder, here’s what you need to do:

You do not need to strap your watch to your iPhone as shown in the tweet above as the remote camera will work just fine while your watch is on your wrist.

Let us know if this sounds useful and how you plan to use it while shooting videos on your iPhone.